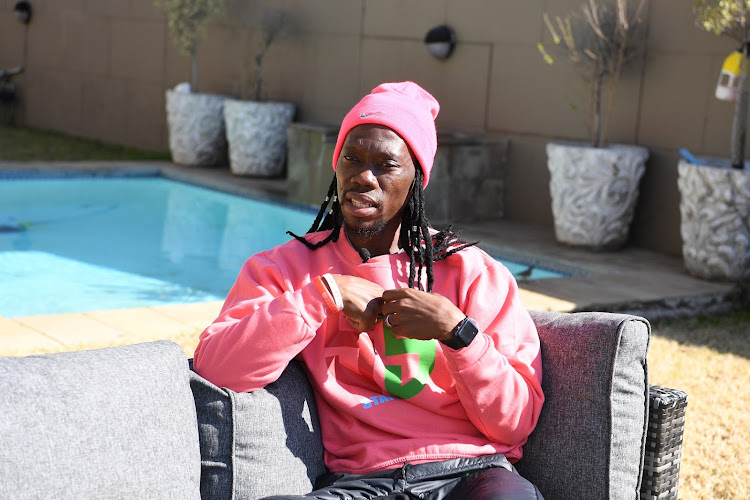 Former Kaizer Chiefs star Reneilwe Letsholonyane has backed his old Amakhosi boss Stuart Baxter to find the winning formula in the midst of a difficult start to the coach's second tenure at the Soweto giants.

Letsholonyane, popularly known as “Yeye”, was part of Baxter's successful Chiefs combination that won two league and cup doubles in three years in 2012-13 and 2014-15. He later won more trophies under Baxter at SuperSport United.

Chiefs, on the back of six torrid trophyless seasons, have brought Baxter back in the hope the Englishman/Scot can, as he did in his previous stint, utilise a host of promising signings and turn around a demoralised outfit.

In a patchy start to the second tenure, Amakhosi notably laboured in their last two matches - a 4-1 embarrassment to Royal AM and Sunday's poor 0-0 draw against Marumo Gallants at Peter Mokaba Stadium.

“Everything that you start seldom starts going OK overnight,” the 39-year-old said.

“I think it's early days and Stuart and the technical team need time. Unfortunately when you are involved with that team time is not a luxury.

“Yes the team has bought many talented, good players. But they need time to get used to each other.

Time is definitely an issue for Baxter. When he previously arrived at Chiefs they had suffered one poor, trophyless season under Vladimir Vermezovic, who admittedly left the team in some disarray.

AmaZulu captain Makhehleni Makhaula has likened Kaizer Chiefs to a dangerous snake pretending to be dead when it’s actually readying to strike.
Sport
1 month ago

This time Chiefs' six seasons without silverware means the fans are that much more desperate to see trophies arrive quickly.

“When you are in that space, time is like a luxury to you - you don't have that because you need to hit the ground running immediately,” Letsholonyane said.

“Unfortunately it is seldom the case but a bit of patience, a bit of hard work from the players, and I believe that eventually things will come right.

“But nothing will come easy - that's a definite. Nothing will just miraculously happen overnight. And effort needs to be put in, and the results will show.”

Chiefs face another tough DStv Premiership fixture at Kings Park on Saturday against an AmaZulu side showing signs of form with two wins from three league and cup matches.

Some fans said the team had not learnt anything from losing to the newcomers Royal AM.
Sport
1 month ago

Marumo Gallants' attacking midfielder Katlego Otladisa says his side played "much better" football than Kaizer Chiefs during their 0-0 draw in the ...
Sport
1 month ago

"I hope they pick themselves up before we eventually end up in Motsepe league."
Sport
1 month ago

The last few days have been hell for those who pledge allegiance to the Kaizer Chiefs flag and Sunday's away league outing against Limpopo strugglers ...
Sport
2 months ago