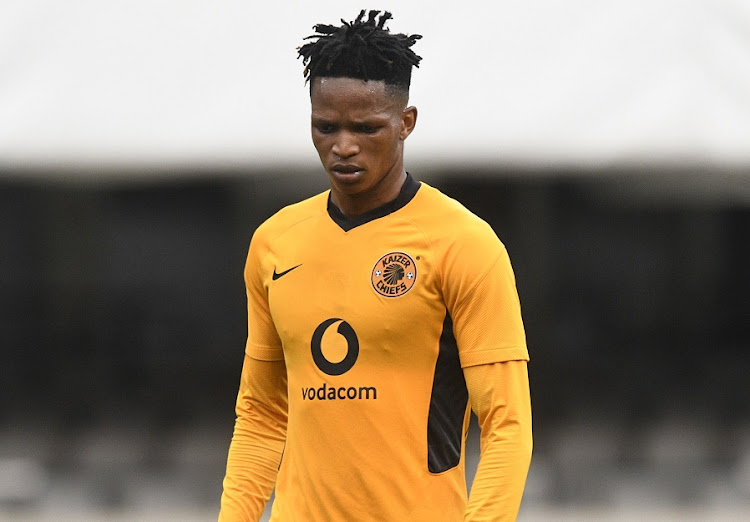 Kaizer Chiefs were lucky to walk away with a point against Amazulu.
Image: Sydney Mahlangu/BackpagePix/Gallo Images

Has Houdini signed for Amakhosi because fans are convinced Kaizer Chiefs just pulled off the greatest escape of the season so far.

The Soweto giants had the football gods shining down on them over the weekend when they were awarded a last minute penalty to rescue a point against AmaZulu.

It is the latest in a series of poor results for the side after their 2-0 loss to Mamelodi Sundowns, 4-1 loss to Premiership newcomers Royal AM and a goalless draw with struggling Marumo Gallants.

AmaZulu fans thought their side had done enough when Luvuyo Memela’s 47th-minute strike gave the home side the lead at the Kings Park Stadium in Durban on Saturday.

But a controversial penalty was given late in additional time when AmaZulu defender Mbongeni Gumede was judged to have handled the ball inside the area.

Keagan Dolly stepped up to salvage the point and sent Amakhosi fans into euphoria.

It will have done little to ease the pressure on coach Stuart Baxter, who continues to face criticism and questions during his second spell at a club.

He won two league titles with Chiefs between 2012 and 2015, but many fans believe a league title is already out of the question six games in.

They made their feelings known on social media, with many claiming AmaZulu was robbed.

When they ask match officials why they gave us a penalty 😅😅🙏🏽🙏🏽 pic.twitter.com/9Zdbo1OmBf

Refs when they have to call a penalty against the Chiefs pic.twitter.com/DFOobYZ7pH

That penalty! I hate that I might save Baxter. pic.twitter.com/W5Xg18Ak7B

Some never even played soccer in their local dusty grounds but they are here saying "That was robbery" oksalayo 1-1 pic.twitter.com/MwDgt5iHEh

Age is catching up with Chuck Norris he is really clueless how can you play double 8?Nange and Cole play the same way pic.twitter.com/vRsVNvN9Tt

Referee had a Both Teams to Score bet in Betway pic.twitter.com/PVR92Roo1L

A penalty equaliser in the last seconds of the game? Ay Kaizer Chiefs man. I’m tired 😭😭

Mxm, why did the ref only give us one penalty. Kanti didn't we pay for two?#Amakhosi4Life #DStvPrem pic.twitter.com/siozofseo6

A controversial referee’s optional time penalty saved face for Kaizer Chiefs in a 1-1 stalemate against AmaZulu FC in a DStv Premiership at the Kings ...
Sport
3 weeks ago

Baxter's appeal to Chiefs fans: 'I hope the supporters understand the journey that we’re on'

Kaizer Chiefs coach Stuart Baxter does not intend to throw in the towel yet and believes his struggling charges are only 10% away from being a ...
Sport
3 weeks ago

Kaizer Chiefs remain positive that they will have a good season when all the small things they are doing start to add up, Amakhosi right-back Reeve ...
Sport
3 weeks ago

Former Kaizer Chiefs star Reneilwe Letsholonyane has backed his old Amakhosi boss Stuart Baxter to find the winning formula in the midst of a ...
Sport
3 weeks ago