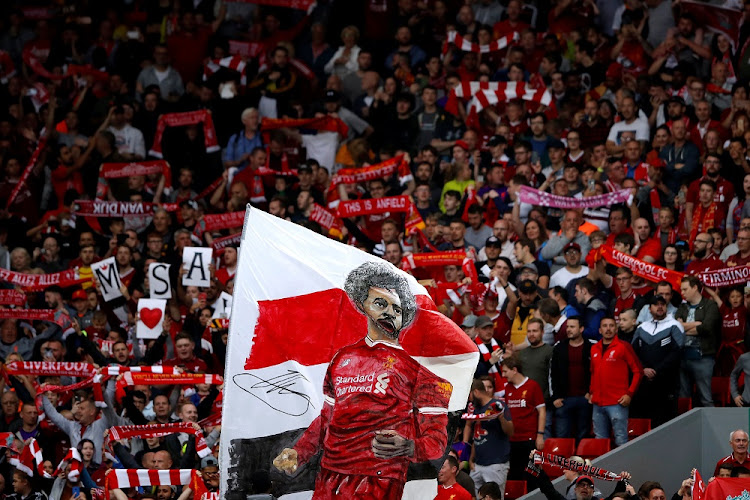 Manchester City manager Pep Guardiola said that he was not aware of the incident at the time but was notified by his staff later.
Image: REUTERS/CARL RECINE

Manchester City have made a complaint to Liverpool after a fan allegedly spat at their backroom staff during Sunday's 2-2 Premier League draw at Anfield, media reported.

Sky Sports said that Liverpool had opened an investigation into the incident.

City and Liverpool both did not immediately respond to a Reuters request for comment.

City manager Pep Guardiola said that he was not aware of the incident at the time but was notified by his staff later.

"I don't know what happened," Guardiola told Sky Sports after the game.

"I heard something from the crowd - something not nice to staff. But I don't know what exactly. I didn't see the images.

"I'm pretty sure that if it happened, I'm sure Liverpool will take measures about this person. Liverpool are much greater than this behaviour.

"Nothing will change my admiration for this club.

"It was the same story two, three years ago when we came here and they destroyed our bus - it is certain people, not just Liverpool."

City came from behind twice to earn a draw at Anfield with Phil Foden and Kevin De Bruyne scoring for the visitors.

They next host Burnley after the international break on October 16.

The SA Football Association’s (Safa) national executive committee (NEC) have resolved that the body will not pursue the bid to host the 2021 Fifa ...
Sport
7 months ago

Good idea or not worth it for Bafana?
Sport
7 months ago

Shalulile, Safranko and Maema on target as Sundowns sweep Swallows aside

Champions Mamelodi Sundowns are four points clear at the top of the DStv Premiership after they beat struggling Swallows 3-0 on Sunday evening to ...
Sport
7 months ago

Manchester City came from behind twice to earn a 2-2 draw with Liverpool on Sunday in a pulsating Premier League encounter at Anfield.
Sport
7 months ago

Victor Letsoalo cannot stop scoring at the moment and his fairytale start to the season continued after he spearheaded Royal AM to a hard-fought 2-1 ...
Sport
7 months ago