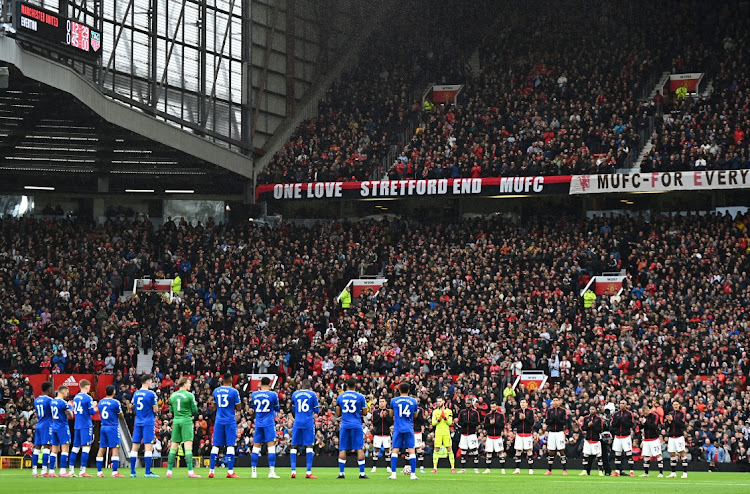 Park Ji-sung has said he was prompted to speak out after hearing Manchester United fans singing the song at Molineux in August when Wolverhampton Wanderers unveiled their new signing Hwang Hee-chan of South Korea.
Image: Clive Mason

Former South Korea midfielder Park Ji-sung urged Manchester United fans to stop singing a song about him that contains a negative stereotype about his homeland.

The 40-year-old said the song, which includes a reference to Koreans eating dog meat, caused him "discomfort" while he was at United.

He made more than 200 appearances for United between 2005 and 2012, helping them win four Premier League titles and the 2008 Uefa Champions League.

Park said he was prompted to speak out after hearing United fans singing the song at Molineux in August when Wolverhampton Wanderers unveiled their new signing Hwang Hee-chan of South Korea.

"I know that United fans don't mean any offence to him for that song but still I have to educate the fans to stop that word, which is usually these days a racial insult to the Korean people," Park told the club's podcast, referring to the reference to dog meat.

"Listening to the chant even 10 years later now, I feel sorry for the younger me who tried to overcome this discomfort that I felt back then.

"In Korea, things have changed a lot.

"It is true that historically we have eaten dog meat but these days, particularly the younger generation, they really dislike it.

"It causes discomfort to Korean people when they hear that song."

Nicknamed "Three-Lunged Park" by fans for his excellent work-rate, the midfielder retired in 2014 as Asia's most decorated player with 19 trophies.

The SA Football Association’s (Safa) national executive committee (NEC) have resolved that the body will not pursue the bid to host the 2021 Fifa ...
Sport
7 months ago

Abubeker Nasser is the biggest threat to Bafana Bafana when they lock horns with Ethiopia in a 2022 Fifa World Cup Group G qualifier at the Bahir Dar ...
Sport
7 months ago

Good idea or not worth it for Bafana?
Sport
7 months ago

Manchester City came from behind twice to earn a 2-2 draw with Liverpool on Sunday in a pulsating Premier League encounter at Anfield.
Sport
7 months ago

Shalulile, Safranko and Maema on target as Sundowns sweep Swallows aside

Champions Mamelodi Sundowns are four points clear at the top of the DStv Premiership after they beat struggling Swallows 3-0 on Sunday evening to ...
Sport
7 months ago

Victor Letsoalo cannot stop scoring at the moment and his fairytale start to the season continued after he spearheaded Royal AM to a hard-fought 2-1 ...
Sport
7 months ago