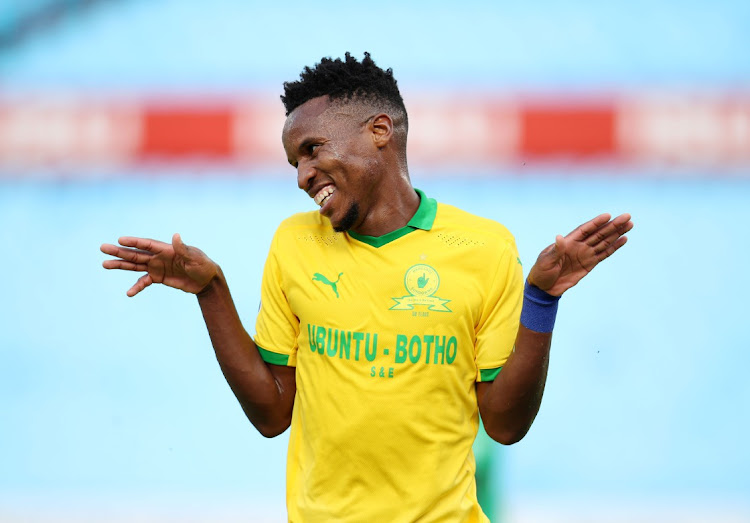 Themba Zwane is not in the current Bafana Bafana squad.
Image: Backpagepix

No one, including in-form Mamelodi Sundowns midfield maestro Themba Zwane, can oppose the introduction of new players in the Bafana Bafana squad, Orlando Pirates defender and former national team skipper Thulani Hlatshwayo, who himself has been left out of the current team, said in Cape Town this week.

Hlatshwayo backed current Bafana coach Hugo Broos on his mission to refresh and rebuild the team, saying that while mature players like Zwane may be needed at some point, it was important to give experience to the younger players because they will not be able to acquire the knowledge anywhere else if they’re not given a chance.

“We’re not affected,” Hlatshwayo said of their exclusion from the national team since Broos took over from Molefi Ntseki in May.

“You (the media) put it as if we’re affected. This is not a Tyson (Hlatshwayo) or a Themba Zwane team. This is our team as country and anyone who deserves [to play].

Former Bafana Bafana captain Thulani "Tyson" Hlatshwayo has gracefully accepted his continued exclusion from the national team and believes that ...
Sport
3 months ago

“Sifiso Hlanti (the 31-year-old Kaizer Chiefs left-back) has been called up again and we know that the new coach is going with the youngsters but he still calls Hlanti. So you can see that everyone is going to be called. Everyone has to do well for his team and be in the  coach’s plan to be called.”

Hlatshwayo displayed maturity in seeing the bigger picture in what Broos is trying to do with Bafana. The 69-year-old Belgian said from the beginning that he was building the team not just to qualify for next year’s World Cup in Qatar, but for the 2023 Africa Cup of Nations and the 2026 World Cup.

“We shouldn’t be bitter, we should be bitter for not being called up,” said Hlatshwayo.

“It’s always an honour to represent your country. But if we say we want youngsters to come, when is the time we’re going to do that? Tyson is in his 30s now.

“So if you don’t give them that experience they won’t have it. So you have to throw them in the deep end and they grow in it because that’s how we did it.”

Broos has called uncapped youngsters that include midfielder Jesse Donn, 22, and defender Luke Fleurs, 21, of SuperSport United for the back-to-back 2022 Fifa World Cup qualifiers against Ethiopia in the coming days. Hlatshwayo believes that’s the way to go if SA is to build a strong team for the future.

“I mean look at (Ethan) Brooks (19, of TS Galaxy). There’s this perception that you should be playing for a big team to be called in a national squad,” Hlatshwayo said.

“Coach Shakes (Mashaba) did it. He once called players from GladAfrica (SA first division) and they did well. That’s why this is not about the three big teams that their players need to be there. (The national squad) is for everyone.

“You look at those youngsters that you’ve just mentioned (Donn, Fleurs and Books); they’ve done well for their teams. Look at Brooks and how he was fearless against Ghana. When you look at those guys he must have said ‘you guys are playing in Europe and I’m only playing for TS Galaxy’.

“So this goes with what we’re here for (Adidas gig in Cape Town). Impossible is nothing for all those youngsters.”

The Premier Soccer League (PSL) have strongly shot down widespread suggestions in the public domain that fans could be allowed back into stadiums ...
Sport
3 months ago

Premier Soccer League (PSL) prosecutor Nande Becker has confirmed to TimesLIVE that he is going to charge the increasingly controversial ...
Sport
3 months ago