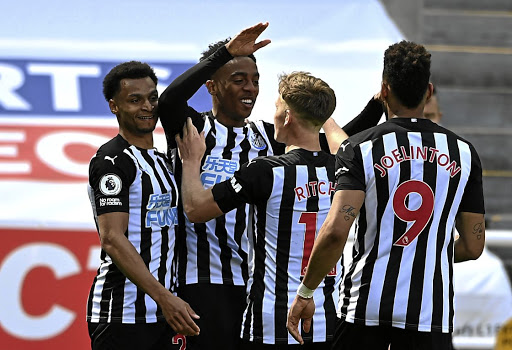 Outgoing Newcastle United owner Mike Ashley said he had rejected a higher bid than the one that led to the Premier League club being taken over by a Saudi Arabia-led group on Thursday, but believed he had acted in the best interests of the club.

Ashley, the owner of a sportswear chain alongside other businesses, had long ceased to be a fan favourite over what most saw as a lack of investment. The club were relegated twice during his 14 years in charge before immediately bouncing back.

"I would like it to be known that I received a higher offer for the club than the one that I accepted. It was from another reputable bidder who made a credible case," Ashley told the Sun newspaper in an interview published on Tuesday.

"But I felt the bid that we accepted from the current new owners would deliver the best for Newcastle United. Money wasn't my only consideration. There were times when I stepped in financially to keep Newcastle United afloat.

"We ensured the wage bills were paid when we went down in order that we could bounce straight back up. Nobody was happier than me when we achieved immediate promotion."

Ashley said he was not in the same "financial league" as the consortium, and selling had been the best option.

"It's hard to compete at the highest level in football with certain clubs that have almost unlimited resources," he said. "I've known for some time now that many Newcastle fans were frustrated by the situation and were in favour of a change.

"I therefore felt that I owed it to the fans to fight tooth and nail over the last 18 months or so to make this happen."