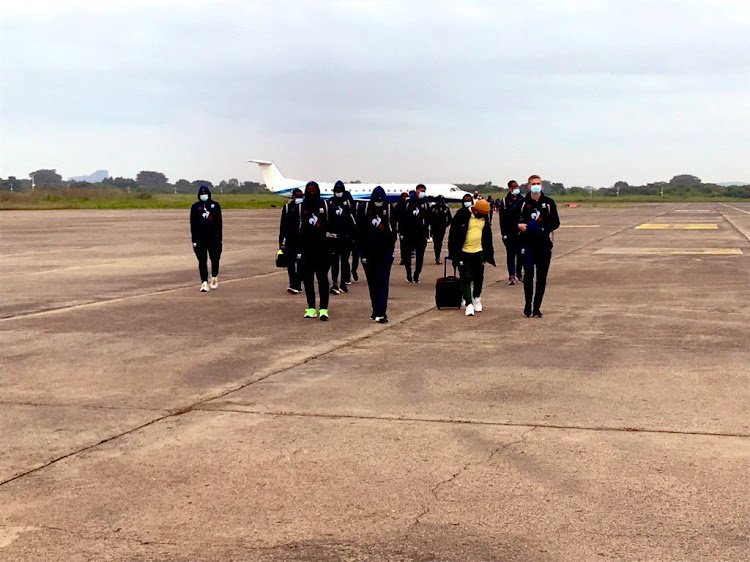 Bafana Bafana take on Ethiopia at the Bahir Dar Stadium on Saturday looking to maintain their position at the top of Group G and further enhance their chances of making it to the final stage of qualification for the 2022 Qatar World Cup.

To achieve their daunting task of getting all three points and tightening their grip on the top spot in the group, Bafana are going to need standout players in what is expected to be hostile away conditions.

We take a closer look at three Bafana players who are going to be key for coach Hugo Broos.

The new Bafana Bafana captain has started the qualification campaign with impressive performances between the poles as SA are yet to concede a goal after two matches against Zimbabwe and Ghana.

Under his captaincy Bafana pulled off a credible goalless draw against Zimbabwe at the National Stadium in Harare and a morale boosting 1-0 win over Ghana at FNB Stadium last month.

With his assistant Percy Tau not available for selection due to fitness issues, Broos is going to rely heavily on Williams and other senior players in the team to get all three points away from home.

A dominating performance in the middle of the park from “Tebza” is going to be imperative for Bafana Bafana to return home from hostile conditions with something in the bag.

He is part of the leadership group in this largely youthful team that has been assembled by Broos and supporters are expecting another dominating performance with Motbobi Mvala in the heart of the midfield.

He goes into this match on the back of solid performances for SuperSport United where he has been a vital cog in the midfield for coach Kaitano Tembo with a return of seven matches and two goals in all competitions.

Just like he did in the draw against Zimbabwe and the win over Ghana, Broos is expected to lead the attack with the 21-year-old Makgopa who is looking for his first goal of the qualifiers.

In the matches against Zimbabwe and Ghana, Makgopa attacked with Percy Tau where they combined well and it remains to be seen who is going to partner him upfront against the unpredictable Ethiopians.

Makgopa goes into this match with some good DStv Premiership league form as he has returned with two goals and one assist from the five matches that he has featured in so far.

Bafana Bafana vice-captain and defender Siyanda Xulu has warned that the good start in the 2022 Fifa World Cup qualifying campaign will count for ...
Sport
2 weeks ago

Banyana Banyana head coach Desiree Ellis was disappointed after her side's shock exit from the Cosafa Women’s Championship at the Nelson Mandela Bay ...
Sport
2 weeks ago