'We all know our roles and what’s expected of us,' says Sundowns defender Kekana 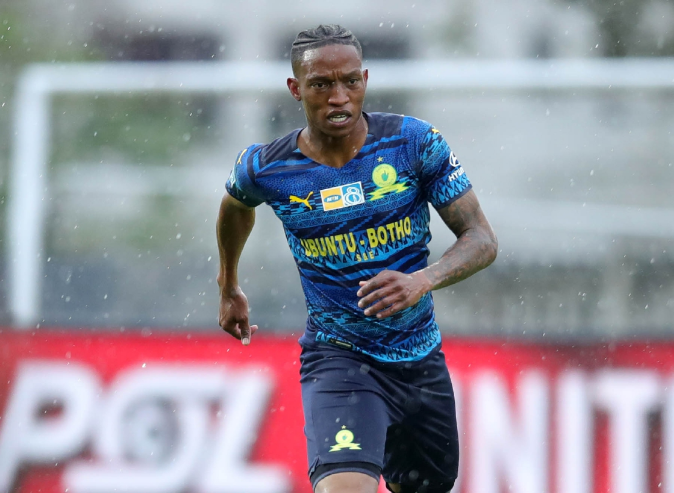 Grant Kekana is proving to be a useful addition to Mamelodi Sundowns because of his versatility as he has chipped in at either central defence or right-back whenever it is necessary.

In some of his eight matches in all competitions, the Sundowns coaching trio of Manqoba Mngqithi, Steve Komphela and Rulani Mokwena have used Kekana as central defence or right-back where he has impressed.

At central defence, he has played with Rushine de Reuck or Mosa Lebusa and he is one of the reasons the Brazilians are yet to concede a goal in the DStv Premiership after six matches.

“The integration with Rushine (de Reuck) has been good, we worked hard during preseason and also during training sessions,” said the 28-year-old.

“What I enjoy the most about my roles in the team is that I am able to also show my versatility and leadership skills. I am expected to read the game and start attacks from the back, which is something that’s a bit new to me but definitely something that I am enjoying.” said Kekana.

Kekana joined Sundowns from crosstown rivals SuperSport United during the off-season and he is getting to know his teammates better.

“We are all just getting jell. Obviously everyone else has been here longer than me but they’ve made me feel like I’ve always been a part of them which is good. We all know our roles and what’s expected of us, so whoever gets the opportunity to play will always grab it with both hands.”

Kekana scored his first goal for Sundowns in the 2-0 won over Kaizer Chiefs and he said it was a result of the work he has been putting at training.

“During the week leading up to that game against Chiefs, I spoke to Lyle (Lakay). In the previous game he was playing the balls onto the near post and I asked him that going forward he must play some at the back post. I said to him you will never know what will happen and fortunately I connected with the ball to score.

“It feels good to have your first goal for your new club. This is a big club and we knew what that game against Chiefs meant, so to be on the score sheet was a bonus. We all want to contribute as players, it can’t just be the attackers who score.

“If we can, as defenders when we go up there for corner kicks and free kicks, we need to take advantage and this is just a step in the right direction.”

Coach Mokwena has praised Kekana for his work ethic and commitment.

“When you look at Grant’s educational background and his upbringing, you can see how he carries himself in the changing room and how he goes about trying to get the best from his teammates.

“In relation to his performance, he is not a selfish person. He is extremely selfless and works extremely hard for the team.”