Mashego living his dream in the Bafana camp: 'This is a big moment for me' 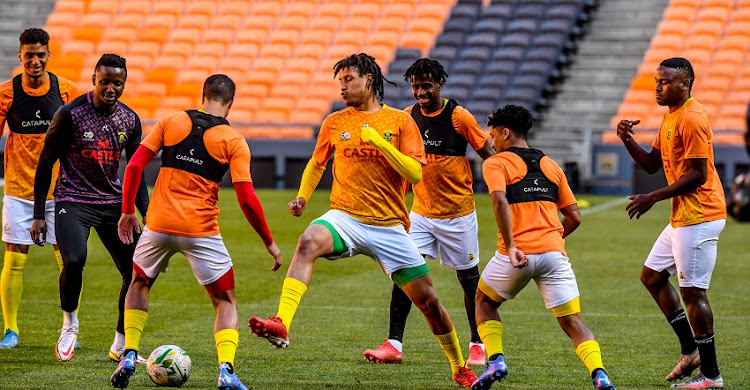 Bafana Bafana left-back Terrence Mashego says making his national team debut in the 2022 Fifa World Cup qualifier against Ethiopia on Saturday was a moment he will “forever cherish”.

Mashego joined the Western Cape outfit from TS Galaxy at the start of last season [2020/21] and has quickly established himself as a regular within the club's starting 11.

When the announcement of the team broke for the Bafana game against Ethiopia on Saturday, the excitement grew as Mashego was rewarded for his hard work.

“I believe that this is a moment I'll forever cherish,” he said.

“Because it was my debut [game] and you know they always say the first time will always remain in your mind. So it is something that I'll forever cherish in my mind.”

The hard-working defender revealed that receiving his first Bafana cap ranks among some memorable moments in his career.

“This is a big moment for me because personally as a player I did something that I've been preparing for,” he said.

“Even last season when I joined Cape Town City, I told myself that I want to play in the national team, hence I joined the club.

“I know that Cape Town City is a very competitive team, so when I am playing there it is easy for me to be recognised.

“I've been working hard, so even when I got a call-up I wasn't surprised at all.”

Mashego said he learnt a lot about travelling around the African continent while with TS Galaxy during the CAF Confederation Cup tournament and was familiar with the conditions when he arrived in Ethiopia.

“Before the game, I anticipated a [difficult] game because international games are always tough,” he said.

“But what I noticed that the experience I gained in the time when I was playing in the Caf Confederation Cup with TS Galaxy really played a big role.

“In some kind of way, it prepared me for these kinds of games because of the travelling, the weather and the food.

“The time I spent with TS Galaxy really prepared  me for this moment, so it wasn’t that difficult for me to adjust.”

Mashego said Belgium mentor Hugo Broos made it very easy for him to fit into his role and told him that going on the attack should be a “bonus”.

“It was not difficult to adjust to what the coach demanded from me, because it was what each and every coach wants from a left-back,” he said.

“The first day when I came in, he called me and said he was impressed by how I played [at City], so I must stick to my strengths.

“But the only thing he required was that I must think about my role as a defender, which was to defend.

“And that going forward [on the attack] is a bonus.

“He is a very good coach, not just football-wise, but he also wants to know you as a person.

“When I came in he asked me questions like, where do I stay, where do I come from. He wanted to know more about me than just football.”

Soccer-hungry fans on Monday took less than four hours to snap up all the 2,000 tickets that were available to attend Bafana Bafana's crucial 2022 ...
Sport
7 months ago

Such is the growing confidence in the Bafana Bafana camp that midfielder Teboho Mokoena's assertion that the current generation of players could take ...
Sport
7 months ago