Bafana coach Hugo Broos happy with progress, but yet to find the best combination 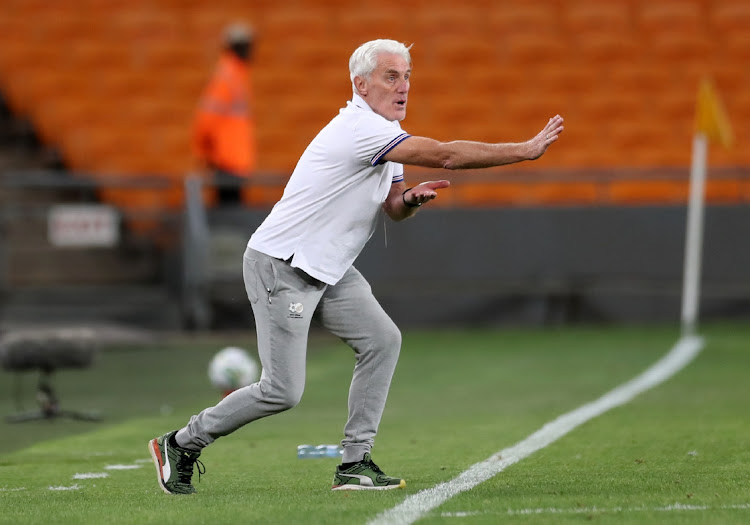 Bafana Bafana coach Hugo Broos is happy with progress but is yet to find the right combination.
Image: SIPHIWE SIBEKO

Bafana Bafana have showed marked improvement under coach Hugo Broos, but the Belgian mentor says he has not yet found the best combination.

After four matches in the 2022 Qatar Fifa World Cup qualifiers, Bafana have exceeded expectations as they are sitting on top of Group G with 10 points, having scored five goals and conceded only one.

On Tuesday, Bafana registered a hard fought 1-0 win over Ethiopia in front of about 2,000 fans at the FNB Stadium to enhance their chances of making it to the final stage of the World Cup qualifiers.

“Little by little I am finding the best combination which I will use in the next months and maybe years,” Broos said.

Since he took over a few months ago, Broos has refreshed Bafana by giving opportunities to younger players including Ethan Brooks, Bongokuhle Hlongwane and Evidence Makgopa.

He will be watching more DStv Premiership matches in the coming weeks as he continues to look for other players who can add value to the senior national team.

“We are looking for better players because we certainly have some weaknesses in our group. It will be a miracle that after two months’ work, you immediately have a fantastic team. That’s impossible.

“We will continue working and we are going to watch games to try to find players who can add more quality for our team. In general, I am not far from the group of players with whom we will be working for the next few years.”

During the qualifiers, Bafana have kept three clean sheets and Broos will be expecting more of the same during their remaining qualifying matches against Zimbabwe and Ghana.

“We had a clean sheet and this is very important because it means that before the game starts we already have one point. If you score, there is a high possibility you can win the game.

‘We played against a quality team in Ethiopia but our goalkeeper Ronwen Williams made two fantastic saves to keep us in the game. Our defence against Ethiopia was very good because they stood where they were supposed to stay and we did not give the opposition too many chances.”

Though the defence was good, Broos was not entirely happy with his engine room.

“There was a problem in the midfield. We gave them too much freedom there because they have good players. My colleague (Ethiopia coach Wubetu Abate) had a fantastic midfield with players who can keep the ball, make passes and have movement and are technically very good.

“We tried to put them under pressure but we didn’t succeed for the whole game and we suffered a little during the game. There were situations where there was danger for us but we managed to deal with their threats.”

‘All hail the band of Broos’: Mzansi falls ‘back in love’ with Bafana Bafana

"If Bafana Bafana qualify, I'm going to save my R350 and go to Qatar to watch them," joked one fan.
Sport
3 months ago

We are the group that will take Bafana Bafana to the World Cup: Mokoena