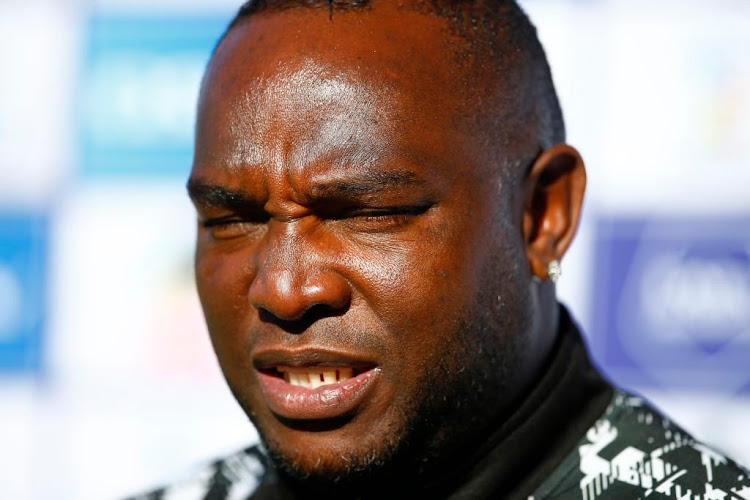 Benni McCarthy has already learnt some important lessons during AmaZulu's maiden appearance in the Caf Champions League and he is determined to avoid repeating the same mistakes as the Durban side continue their journey in the continent's premier club competition.

AmaZulu host DR Congo side TP Mazembe in their next continental assignment in a first-leg Champions League first round match at the Moses Mabhida Stadium on Friday, and McCarthy is well aware that his charges will be punished if they make similar mistakes to the ones they made against Nyasa Big Bullets of Malawi in the preliminary stages of the competition last month.

The Durban side had to overcome a 1-0 home defeat to Bullets before clawing their way back in the return match to win 3-2 on aggregate after a 3-1 score in Lilongwe, with Bongi Ntuli scoring a brace and Siphelele Mthembu getting the other goal.

McCarthy said they will have to ensure they get a positive result against five-time Champions League winners Mazembe in Durban on Friday before they embark on the away trip to Lubumbashi, where they will play on an artificial pitch the DRC club rarely loses matches on.

“We just have to make sure that the home game is a positive one and it’s one that will give us something to go to DRC with ... something worth fighting for,” McCarthy said ahead of Friday's tie, which is due to kick off at 5pm.

“We can’t make another slip-up like we did against Nyasa Bullets, where our home game was not so good and then we had to go all the way to [Malawi] do the impossible. But I think this time around we’ve tried to learn from our mistakes and we’re going to try to make home advantage count.”

Mazembe will be tough nuts to crack and McCarthy will hope that his charges emulate champions Mamelodi Sundowns who broke the DRC club's astonishing home record of more than 70 matches without a defeat in the Champions League in Lubumbashi. The Brazilians won the group stage match 2-1 courtesy of Lyle Lakay’s wonderful free-kick.

The AmaZulu coach said the artificial pitch at the Stade TP Mazembe is his biggest worry as he contemplates the challenges they will face in the second leg on October 23.

“For us, we’ve never played on an artificial pitch,” said McCarthy.

“They’re very, very strong at home because they know the conditions, they know the pitch inside out while most [visiting teams] don’t. That’s why it’s difficult to go there and get a positive result.

“But, like I said, we want to go into the group stages and we know that no matter how difficult and complicated the situation is, we have to overcome all our obstacles [to get there].

“It means we have to go to Mazembe and give it everything we have got to make sure that we get a good enough result that will get to the group stages. We just have to make sure we don’t lose at home.”

McCarthy accepted that in Mazembe they’re facing one of the giants of African football and this means their preparations have to be perfect.

“We couldn’t have asked for a more difficult opponent to face. They’re one of the powerhouses in Africa,” he said.

“They have a history that you have to respect, but I don’t think there’s much for us to fear because we’ve passed that stage where we fear other teams. We respect them for what they’ve done, but to fear them is something different.

“We’ll just be focusing on our game and what we need to do and really not be bothered too much about the opposition and their history. Our goal is to get into the group stages where we can contest against the best and biggest teams in Africa.

“We're going to try to be organised, be prepared and do what we need to do.

“That’s to play to our strength and be the best at what we have. At the end of the day it’s down to the players if we go through and get a good result.”

Benni McCarthy is relieved that AmaZulu FC will be meeting DR Congo's TP Mazembe in the first leg of the Caf Champions League first round at Moses ...
Sport
10 months ago

Match officials Jelly Chavani and Moeketsi Molelekoa  have been suspended after  awarding a controversial penalty to Kaizer Chiefs in the last ...
Sport
10 months ago

'We've been waiting for this moment,' says Motsepe as Sekhukhune finally get to lift their trophy

Sekhukhune United defender Sello Motsepe could hardly contain his excitement after the club finally got the chance to lift the GladAfrica ...
Sport
10 months ago

The SA Football Association Referee Review Committee says the comments they have received following the league match between Kaizer Chiefs and ...
Sport
10 months ago

Benni McCarthy is relieved that AmaZulu FC will be meeting DR Congo's TP Mazembe in the first leg of the Caf Champions League first round at Moses ...
Sport
10 months ago