Mzansi reacts to fans being allowed for MTN8 final 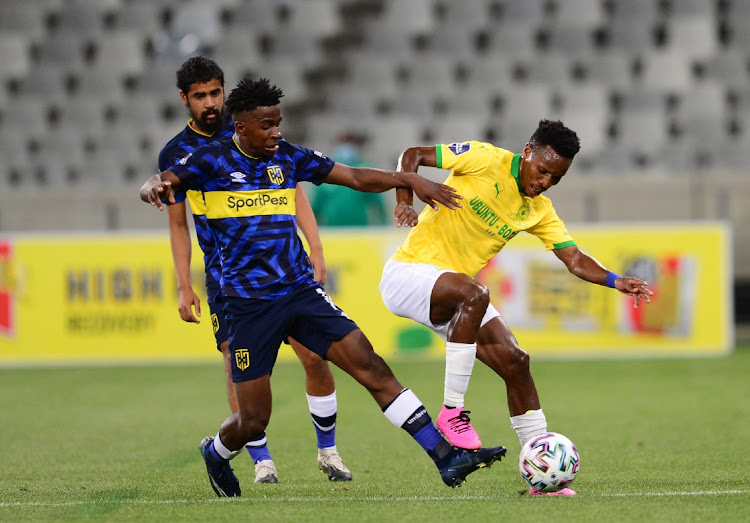 Fans will be in attendance when Mamelodi Sundowns and Cape Town City battle it out in the MTN8 final later this month.
Image: Ryan Wilkisky/Gallo Images

Soccer fans have weighed in on news that they will be able to watch the MTN8 final live, after the Premier Soccer League (PSL) announced on Wednesday that a limited amount of fans will be allowed back in stadiums.

The final will form part of a pilot project to open stadiums for domestic football and is seen “as the ideal match to test the protocols that will be put in place”.

“The PSL calls upon all supporters to support the government’s stance on the importance of vaccinations and the achievement of herd immunity.

“The sooner sufficient South Africans are vaccinated, the sooner supporters will be able to return in numbers. The PSL wishes to express its appreciation to the government for making the return of supporters possible.

The venue for the final, between Mamelodi Sundowns and Cape Town City, has yet to be announced. The PSL said it would hold a meeting in the next week or so to discuss and finalise plans for the final.

The decision follows the return of 2,000 fans and staff to FNB Stadium on Tuesday to watch Bafana Bafana beat Ethiopia 1-0 in a World Cup qualifier.

Tickets to that match were free but only available to those fully vaccinated against Covid-19.

Despite a handful of fans trying to get in without a ticket or able to prove they were vaccinated, Safa president Danny Jordaan said the association had passed the pilot project with flying colours.

Social media was buzzing with excitement at the thought of fans returning to stadiums for the final and filled timelines with messages in reaction.

Others cautioned those planning to attend the final to keep to Covid-19 safety guidelines.

Even if PSL can say 100% supporters must attend the games, the stadiums will still be empty kyafana

@CyrilRamaphosa @MYANC If you can do this why not open football fields?? pic.twitter.com/dfjTAulGhb

PSL should just allow vaccineded fans into stadiums, i don't even see the reason of limiting vaccineded people across the country.. If this vaccine is effective why should they limit people now...

PSL should just allow vaccineded fans into stadiums, i don't even see the reason of limiting vaccineded people across the country.. If this vaccine is effective why should they limit people now...

Just put stickers on 10000 seats in the stadium where fans can seat. Create clusters of seats for fans in groups of two, three, four and five. Create stadium maps to allow fans to choose their seats when buying tickets. Let each person sit on their allocated seat only.

In summary: Keep on vaccinating, otherwise we are doing fine without you in the stadiums. pic.twitter.com/vLTdPTAIlV

Baxter is not ready for us.😅😊😊😊 pic.twitter.com/HJUC2cXM5L

Supporters will be chomping at the bit after the executive committee of the Premier Soccer League resolved to use the October 30 MTN8 final as a ...
Sport
7 months ago

Soccer-hungry fans on Monday took less than four hours to snap up all the 2,000 tickets that were available to attend Bafana Bafana's crucial 2022 ...
Sport
7 months ago