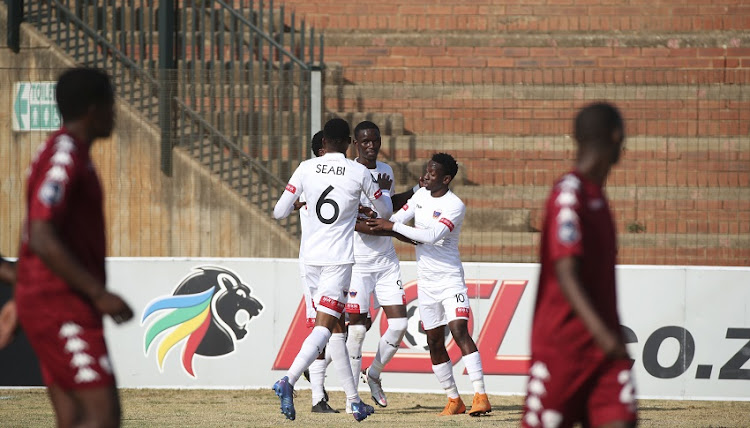 Chippa United will be desperate to break their five-match winless run when they visit Kaizer Chiefs for their anticipated DStv Premiership clash at FNB Stadium on Saturday.

The Gqeberha-based side have claimed only three points from as many away matches this season, with their last result on the road a 2-1 loss at Stellenbosch FC in September.

“With regards to the man-of-the-match awards that I have got, it was all because of the teamwork,” he said.

“Had it not been for my teammates, I wouldn’t have received those man-of- the-match awards.

“So, I give credit to the whole team for the way we play even if we lost some of the matches.

“But with the way we play, if we can convert our chances, we’d be talking something different.”

The former Bay United player added that for them to get a favourable result in Johannesburg they must finish off their chances.

“It’s not going to be easy because they (Chiefs) also want maximum points,” he said.

“We are also going for the maximum points, and I think that a team that does better on the day is going to win the match.

I don’t think that there’s anyone of us who wants to lose. It’s going to be a difficult game and more like a final.”

Supporters will be chomping at the bit after the executive committee of the Premier Soccer League resolved to use the October 30 MTN8 final as a ...
Sport
3 months ago

Mamelodi Sundowns got a boost ahead of their Caf Champions League match in the Democratic Republic of Congo on Sunday after it was revealed key ...
Sport
3 months ago

Orlando Pirates caretaker coach Mandla Ncikazi is satisfied with his side's gutsy performance during the 0-0 draw with CSMD Diables Noirs of the ...
Sport
3 months ago