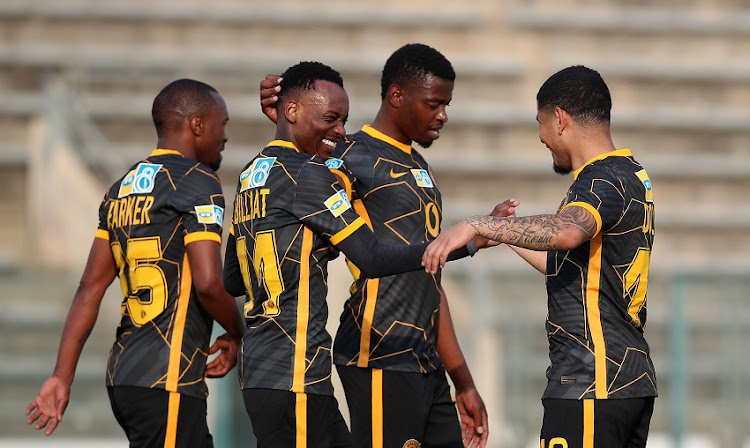 Olympic long jump silver medallist Khotso Mokoena believes Kaizer Chiefs' slump in form could be attributed to a lack of “confidence” among players.

The Heidelberg-born jumper feels the Glamour Boys need to play with more “confidence” and stop giving possession away cheaply but admits that it’s only a matter of time before they turn the corner.

Chiefs, who are currently placed 12th on the league standings having recorded just one victory from six matches played, take on Chippa United at FNB Stadium on Saturday in a match where they will be up against former coach Gavin Hunt.

“My feeling is that Kaizer Chiefs will need to work a little bit on the confidence side of the team,” he said.

The lanky 36-year-old long jumper says he is content with the club's new signings, singling out creative midfielder Phathutshedzo Nange as the one who's likely to make an immediate impact in the Chiefs squad.

“I'm very confident with the new signings,” he said.

“I mean a player like Phathutshedzo [Nange] once he finds his feet he will be able to produce goals for the team even more.”

Mokoena reiterated that winning should be Amakhosi's top priority but could not predict whether the club will claim any trophy this season.

“Look we can't forecast that [winning cups] at this moment. I come from a background of very competitive sports,” he said.

“I know that once I started winning a few important competitions, then I knew that I would soon win championships. It's the same with Kaizer chiefs.

“They just need to start winning some and the confidence will return.”

The 2014 Commonwealth Games triple jump gold medallist said much could be learned from Premier League giants Mamelodi Sundowns, adding that their style of play reflects confidence.

“I think Sundowns are playing well right now, but again look at their players — they are very confident,” he said.

“They have a lot of confidence in store to use. Look at their results so far. Their game is always about confidence and you can't dispute it.”

The 2008 Olympic Games long jump silver medallist said he was pleased that fans were welcomed back in the stadium during Bafana Bafana’s 1-0 win over Ethiopia on Tuesday.

“I'm super happy to see the fans back at the stadium especially after the victory between Bafana Bafana and Ethiopia,” he said.

“It also shows how important it is to have the support of fans behind your performance.

“I would also like to urge South Africans to continue wearing their masks and to go for their jabs.”

Chiefs will now turn their attention back to the DStv Premiership when they welcome Chippa United to the FNB Stadium on Saturday, with kickoff set for 17:30.

Mokoena has returned to training intent on qualifying for next year’s Commonwealth Games to be held in Birmingham, England.

Mzansi reacts to fans being allowed for MTN8 final

Are you planning to head to the stadium to watch the final?
Sport
7 months ago

The South African Football Association (Safa) is considering increasing the number of supporters from 2,000 to more than 20,000 for Bafana Bafana’s ...
Sport
7 months ago