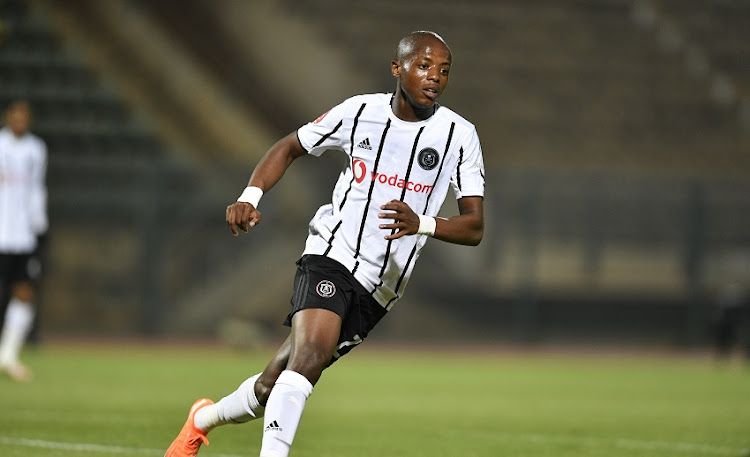 Orlando Pirates striker Zakhele Lepasa says he is close to returning to first team football after a frustrating year on the sidelines following a promising start.

The 24-year-old star suffered a fractured ankle in their 1-0 win against Chippa United in December last year, and his absence has been evident as the Buccaneers have struggled to find consistency in the Premiership this season.

The Soweto-born forward spoke about his challenges on Radio 2000's with Andile Ncube, where he moved to reassure fans his injury is just part of football.

The SA under-23 international admitted this period has been extremely frustrating and it is the longest he's been away from the game due to injury.

"I’m in the final phase of my rehab and I’m able to run now," he said.

"Hopefully I will be able to start training with the team soon, perhaps in November or December.

"I was that my second surgery would have me out for six months and the six-month period ended a week ago."

The former TS Galaxy Nedbank Cup winner recalled how he was injured minutes before their clash against Chippa United last season.

"In the game against Chippa United in December [2019/20 season], I jumped [during warm-ups] and when I came back down I heard my ankle crack and it was a pain I’ve never experienced before," he said.

The Buccaneer’s hitman explained how difficult it was for him to watch the SA under-23 side participate in the Tokyo 2020 Olympic Games in July. He was equally gutted  when Bafana Bafana recently played in the 2022 Fifa World Cup qualifiers.

"I had plans in my head and one of my plans was to be part of the Olympic teams," he said.

"It has been extremely hard for me to watch the national team or even my team [Pirates] play because I cannot be part of that, but it hasn’t changed my plans.

"It is something I had to accept."

Lepasa said he maintained a positive outlook and this kept him going.

"What I was taught when I was growing up was never think of the worst case scenario," he said.

"If you do that, the journey towards getting better becomes harder."