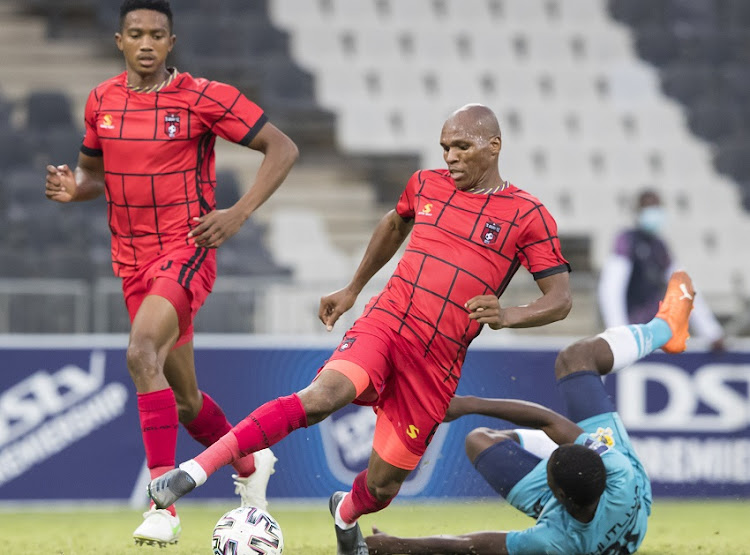 TS Galaxy midfielder Mlungisi Mbunjana is optimistic about his side’s chances of claiming  maximum points in their league match against AmaZulu at the Mbombela Stadium in Limpopo on Tuesday.

Both sides have had a slow start to the season, with AmaZulu winning just once in six games while Galaxy have their own problems.

The Rockets are at the basement of the 16-team DStv Premiership standings and will be desperate to move away from the relegation zone with a win over AmaZulu.

Mbunjana said the recent international break has worked in Galaxy’s favour and allowed the players to get to know new coach Sead Ramovic's playing philosophy.

"We have to always [remain] optimistic about [improving] our situation," he said.

"Where we are in right now is not favourable for us and we don’t like being there.

"We are working as hard as we can to prepare well so we can get out of the situation as soon as possible."

The 31-year-old midfielder urged his colleagues not to underestimate the KwaZulu-Natal side and warned it is not a fluke that coach Benni McCarthy's team are participating in the Caf Champions League against the continent's best clubs.

"AmaZulu have been playing Caf Champions League football and have been doing well. They really did well in the previous season.

"I think they were as unfortunate as us in terms of getting results, but we can’t undermine them. They are a very good side and it is not a fluke they are playing in Caf, so they deserve to be there.

"We have to give them much respect and expect that anything will go for us."

"Everything is coming together and I think the Fifa break gave us a bit of time to work with the coach. We are trying to adapt and understand what he wants from us."

AmaZulu go into the clash on the back of a goalless draw with African giants TP Mazembe at the Moses Mabhida Stadium after failing to get on the score sheet in the Champions League preliminary second round first-leg game last Friday.