Fitness trainer Simone Conley insists she was sacked by TS Galaxy: 'I did not resign' 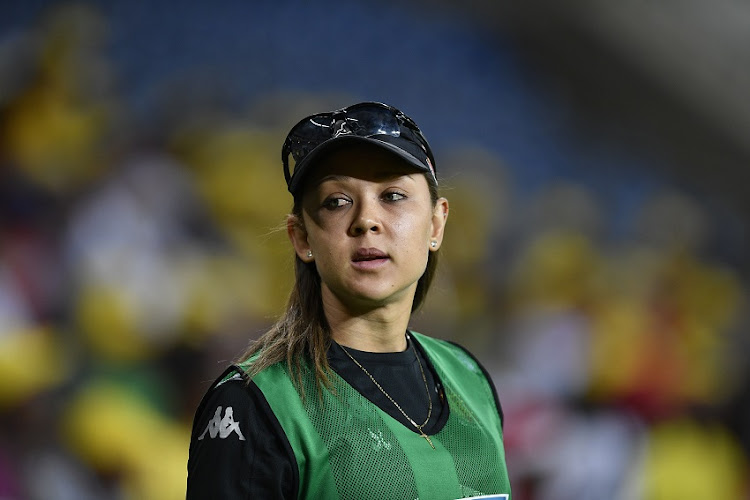 Former TS Galaxy physical conditioning trainer Simone Conley has disputed the club's claims that she resigned from the Mpumalanga side and insists she was fired.

Conley joined the Rockets nine months ago and is not impressed by the club’s claim that she resigned after the appointment of new coach Sead Ramović.

The former Bafana Bafana and SA-Under-23 fitness trainer confirmed on Power FM Sport that she was actually sacked by Galaxy.

“I did not make that decision [resigning from the Galaxy job]," she said.

“I don't know if I'd be incorrect in saying that it's in error that people think I resigned.

“I was actually called in and handed a termination letter.

The 32 year-old fitness trainer said she had a good working relationship with Ramović and was willing to learn from the former German-Bosnian goalkeeper.

“I got along [with the new coach] pretty well. I was very open to learning from him and to see what type of coaching style he has, and how he would do things. And also, he's currently busy with his Pro Licence. [I would have loved to tap] into a little bit of what that's about and what he is going to bring to South African football.

“Throughout the week I felt a little bit under-stimulated and sidelined. I've been in football in South Africa for quite a while and I am used to thinking on my feet ... and implementing certain methods I developed throughout my time in football.

“It was a situation where we basically had to take a step back and follow what the coach wanted [when he arrived].”

Conley said she was aware that when a new coach arrives a club, things change and people have to adapt to his way of doing things.

“That's part of the game. When a new coach comes in and you've got to adapt, adjust and do what he requires you to do. And I did that,” she said.

“I felt that I am not thinking on my feet. And on Monday I was called in and handed my termination letter.”

TS Galaxy marksman Augustine Kwem hopes the Mpumalanga side will turn the corner when they host the unpredictable AmaZulu in a DStv Premiership ...
Sport
1 month ago

Bottom of the log TS Galaxy have moved swiftly to appoint former Wolfsburg goalkeeper Sead Ramović as their new head coach on a three-year deal.
Sport
2 months ago