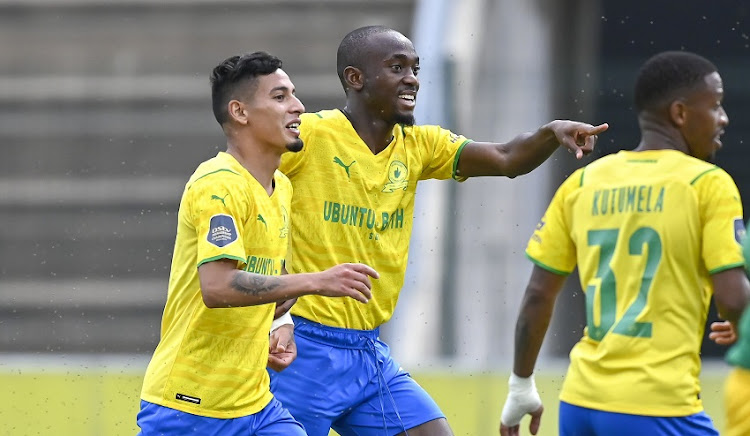 Mamelodi Sundowns reached a significant milestone of going 10 league matches without conceding a goal with their hard-fought 1-0 DStv Premiership win over Golden Arrows at the Sugar Ray Xulu Stadium on Wednesday.

In the process of this victory that saw them extend their lead at the top of the pile to four points, the Brazilians have equalled the record of the most clean sheets in the Premier Soccer League era set by Wits University in 2003.

When Wits set this record, Wayne Roberts was in goal for all 10 matches with Roger de Sa as coach.

Sundowns, who won this match with a lone goal from Gaston Sirino in the 58th minute, will be looking to set a new record in their next league match against Maritzburg United at home next month.

Sundowns played the last three matches of last season without conceding a goal with Kennedy Mweene playing against Cape Town City and Bloemfontein Celtic and Reyaad Pieterse against Swallows.

During this seven-match run, Dennis Onyango was stationed between the sticks against Arrows, Swallows, Orlando Pirates, TS Galaxy, Kaizer Chiefs and Chippa while Mweene kept goal in the opening match against AmaZulu.

It is worth noting that Arrows player Michael Gumede failed to spoil it for Sundowns as he missed from the penalty spot in the 76th minute after Khuliso Mudau brought down Siyabinga Khumalo in the box.

The Sundowns coaching trio of Manqoba Mngqithi, Steve Komphela and Rulani Mokwena made four changes to the team that drew 2-2 with AS Maniema of the Democratic Republic of the Congo (DRC) in the Champions League last weekend.

In defence, Aubrey Modiba replaced Lyle Lakay and in the midfield Haashim Domingo, Sirino and Sibusiso Vilakazi came on for Rivaldo Coetzee, Themba Zwane and Pavol Šafranko as the coaches juggled workloads.

On the other hand, Arrows coach Lehlohonolo Seema stuck with the team that convincingly beat struggling Marumo Gallants 3-1 in their last match before the international window.

Arrows settled first in the match with their attacks coming from lively Pule Mmodi, Velemseni Mdwandwe, Thubelihle Magubane and Simo Cele but they could not hurt Sundowns.

When they found themselves in the Sundowns area, Arrows attackers on occasions got the better of wingbacks Mudau and Modiba before delivering dangerous crosses to put Brian Ongango and Mosa Lebusa under pressure.

Sundowns managed to together a few chances of their own through Thabiso Kutumela, Vilakazi, Sirino and Peter Shalulile but they could not trouble Arrows goalkeeper Maximilian Mbaeva.

The reason Sundowns did not control the match was because they struggled to keep the ball, especially in the heart of the midfield where most of the action was and where Sirono, Haashim Domingo and Vilakazi operated.

Sundowns finally got what turned out to be the winner just before the hour mark when Sirino calmly placed the ball into the empty net after he received a pass from Jali, who helped in defence, on the edge of the box.