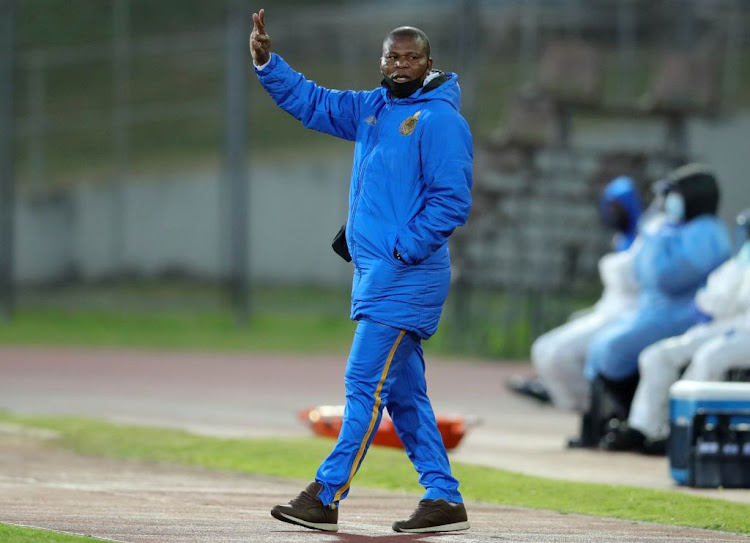 Royal AM coach John Maduka was elated after managing to earn a last-gasp point in a 2-2  draw against Marumo Gallants, but counterpart Mpho Maleka was not thrilled at having to share the spoils in a match they should have won.

Marumo led 2-0 after 74 minutes through goals by Ndabayithethwa Ndlondlo and Letsie Koapeng, but Royal fought back gallantly with a penalty from Victor Letsoalo after 76 minutes and Sedywn George completed the comeback when he rocked them with the equaliser deep in injury time.

As things stand, Gallants and TS Galaxy, who lost to AmaZulu in the other match that was played on Tuesday, remain the only two teams yet to taste victory so far this season.

Maleka could not hide the disappointment after his charges allowed Royal to claw their way back into the match.

“We can only say that we are disappointed with what happened,” said Gallants' stand-in coach Maleka as he tried to compose himself after the Royal AM sucker punch. “The players followed the plan very well because we mostly managed to contain them from playing their normal game, and [then they] hurt us. Unfortunately there was a lapse of concentration on our part in the dying minutes of the match because we didn’t manage the match properly.

“The other disappointing thing about the game from our perspective was that we conceded two goals, but we have to soldier on.

“The confidence is there from this performance, the [players] did their part and we just have to work on the issue of concentration, because that’s where our problem is. We take the good things from this match and the boys did themselves proud by giving this good effort.

“We are obviously disappointed with dropping the three points at home in the last seconds of the match. We will have to move forward and learn from this bitter experience.”

Visiting coach Maduka admitted that it was a difficult match as they were forced to dig deep to pull off a stunning comeback.

“It was a difficult game, we started very slowly and defended deep, and that allowed them to come at us. We knew that they were going to come at us because of the players they have.

“They are more offensive and they are a team that takes the game to their opponents. We had to try to absorb the pressure they put on us, and we then tried to get them on counterattack.

“There were moments where it worked, we created some chances that if we were sharp enough could have finished off. There was a ball that hit the goalpost and in the second half we conceded a sloppy [goal].

“We kept on playing but they got the second goal, which was a very good goal. But we kept on pushing them and finally we got the penalty. After the penalty we believed in ourselves and we got the equaliser in the last minute. We are happy with the away point.”