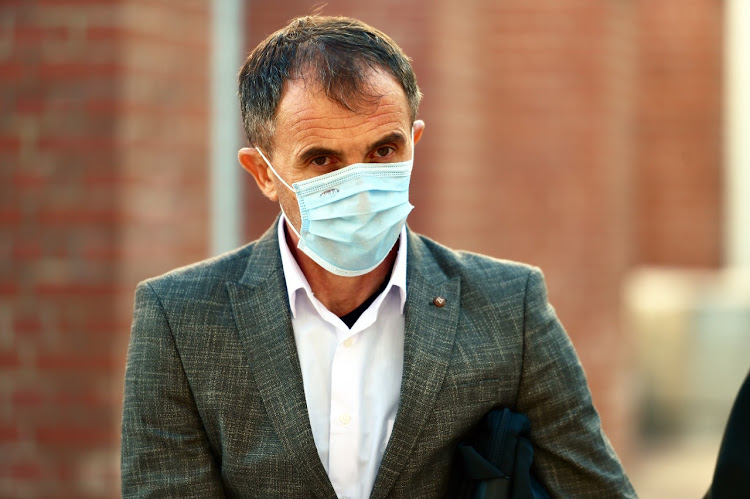 Uganda coach Milutin "Micho" Sredojević claims there is a "well-orchestrated plot" to humiliate him and tarnish his image after he was handed a suspended jail term following his conviction on two counts of sexual assault in the Gqeberha regional court on Tuesday.

A 39-year-old woman, who was delivering coffee in the VIP area at the Wolfson Stadium during a Cosafa tournament in the Eastern Cape city on December 7 last year, accused the former Orlando Pirates and Zambia coach of touching her buttocks and making inappropriate sexual remarks towards her.

On Tuesday the 52-year-old Serbian coach was convicted as charged and sentenced to three years’ imprisonment, wholly suspended for five years.

Sredojević has fired back and said malicious and faceless people are using all means to set him up.

"Let it be known factually that upon my appearance in court for a case that was brought by means of character assassination to my name, I subjected myself to the SA justice system solely because I am a law-abiding person who fully cooperated with the authorities from the very beginning even while I knew I was simply being the target," he said.

"I knew then that I was innocent of the allegations whose intentions were to cast judgment on my character and I reiterate my innocence even today.

"My belief in the justice system in SA has not been tainted nor has it been shaken. I have lived in Africa and have respected, upheld and mostly embraced it as part of me, and  SA is part of the Africa that warmly lives in me as I regard myself as a citizen of this beautiful continent."

The complainant said she asked Sredojević if he would need sugar as she was delivering coffee in the VIP area.

The coach apparently told her he wanted a different type of sugar while pointing at her genitals.

She complained to her boss who apparently warned the coach not to do it again.

Later that day while delivering more coffee Sredojevic is said to have touched the woman's buttocks.

The court found in favour of the complainant’s version that Sredojevic had made the unwanted sexual advances.

Sredojevic denied the allegations and said he intends to appeal the decision.

"Even as the court issued a suspended sentence on the charges that were put on me, for me it was fitting to put an application for leave to appeal the judgment which I believe was erroneously arrived at.

"I have no doubt in my mind that the application being granted will restore and reawaken my strong view that the criminal justice system of SA is objective and sober.

"My decision to take the matter on appeal is in total agreement with the magistrate as she said 'another court may arrive at a different conclusion', which is why my pursuit of justice cannot let the perpetuation of injustice against me go unchallenged.

"There are criminals who daily commit heinous and gruesome crimes to whom state resources ought to be meaningfully used to bring them to book and not make a mockery of it by aiming at innocent people."

Sredojević said he wished to thank millions of people who have supported him in SA, Uganda, Sudan, Egypt, Nigeria and others.