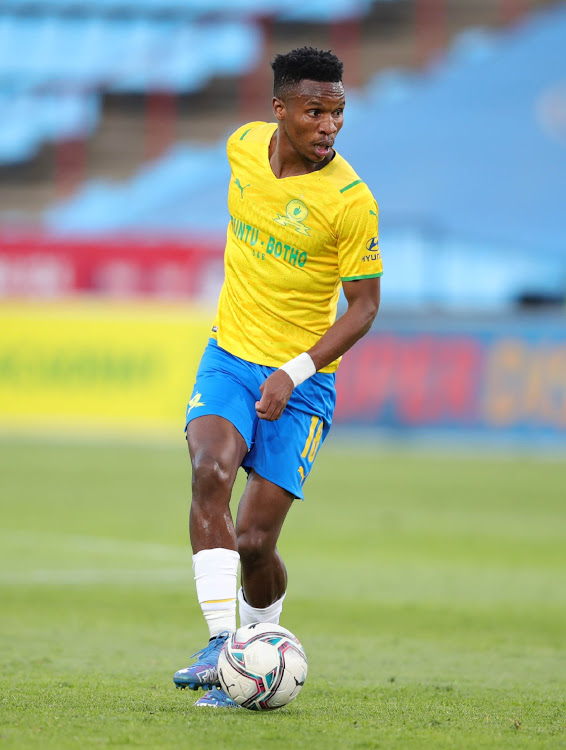 Mamelodi Sundowns will welcome back influential midfielder Themba Zwane for their Champions League clash against AS Maniema of the DRC.
Image: Samuel Shivambu/BackpagePix

Rested Mamelodi Sundowns midfielders Themba Zwane and Rivaldo Coetzee are available for selection for their crucial Champions League clash against AS Maniema of the DRC at Loftus on Sunday.

The Brazilians go into this match with the advantage of away goals after Zwane scored a brace during their 2-2 draw in first leg of this second round preliminary last weekend in the DRC.

The influential Zwane and Coetzee were included in the Sundowns squad for their 1-0 win over Golden Arrows during their DStv Premiership clash in Durban to manage their workloads.

“Themba  and Rivaldo are back and eligible for selection,” confirmed Sundowns coach Manqoba Mngqithi during his pre-match press conference on Friday.

“We believe they can help us. We had reasons not to take them to Golden Arrows during the week. More especially Rivaldo, who had three yellow cards and we wanted to save him.

“Themba  is always important for us and we are trying to freshen him up. For this match they will be part of the team and we believe they will add a lot of value.”

Asked to reflect on the 2-2 draw in the DRC, Mngqithi said players gave a solid shift despite challenging conditions.

“I wouldn’t say it was difficult . I think the temperature was high with humidity and that made it very difficult for the players to play at their normal intensity.

“The artificial turf did not help us that much because many passes were cut and we made a lot of mistakes because our players thought they were playing on a normal pitch.

“The artificial turf was new and heavier but all in all the opposition was what we expected. We knew there were three areas they can hurt and it is transition from defence to attack where they are very powerful and strong, and it was a dress rehearsal for our game against Golden Arrows.

“The second one is their danger on the wide channels with powerful fullbacks who are always overlapping. We expected that and that is what came out of the match. The third is set-pieces where we knew they are very dangerous.

“They are aggressive on set-pieces. They compete for every ball and those are the three main areas we expected in the match.”