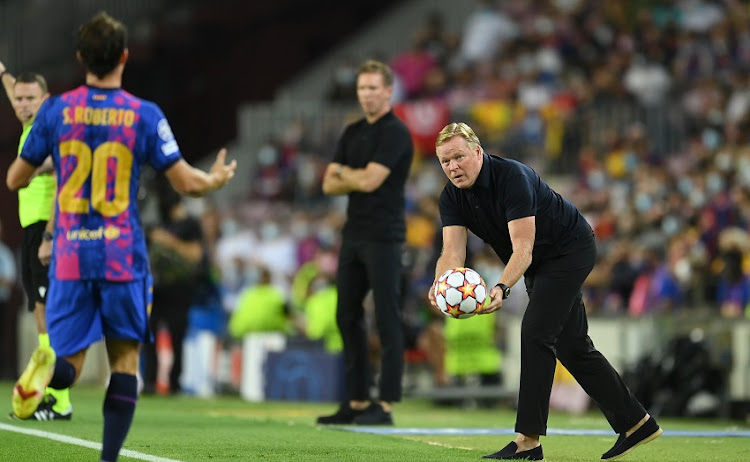 Barcelona coach Ronald Koeman said his side will need to be fearless to beat rivals Real Madrid on Sunday as he called on the club's fans to get behind the team following a challenging start to the season.

Barca's imposing Camp Nou stadium will be back to its old self on Sunday for 'El Clasico' with 99,000 hardcore supporters packed into the ground, following the end to restrictions on capacity imposed due to the COVID-19 pandemic.

Koeman, whose side have endured a mixed start to the season winning four of their opening eight games in LaLiga, is well aware of the advantage a full stadium could offer his side against their fierce rivals.

"We won two games in a row and the environment is much better. So we need the support of our fans on Sunday against Real Madrid. We need a full house and we need to make our people proud," Koeman told a news conference on Saturday.

"We are very excited and looking forward to Sunday. I told the players that they need to enjoy the environment that we will have in Camp Nou. It's not an additional pressure. We have to go out there and be fearless," said the Dutch coach, whose job has been under scrutiny this season.

Despite the criticism that has surrounded the team this campaign, following the departures of Lionel Messi and Antoine Griezmann due to the club's deep financial crisis and some poor results in LaLiga and the Champions League, Koeman does not see a big difference between his side and Real Madrid.

"There is no fear from our side. I think we both have a good mix of youth and experience. We are better in ball possession and they are very dangerous counter attacking," Koeman explained.

"We have to be aware of their speed when we lose possession and we need to be effective when we have the chance to score. In a game like this, we can't afford to miss opportunities."

Koeman confirmed that Jordi Alba was a full participant in their last training session and will be available after suffering an ankle injury against Dynamo Kyiv in the Champions League on Wednesday.