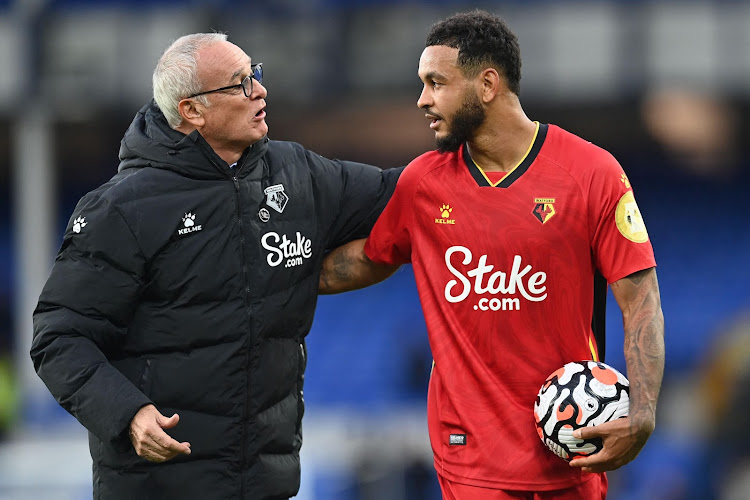 Watford striker Joshua King believes he was not given a chance during his time at Everton, saying he had a point to prove with his hat-trick in Saturday's 5-2 Premier League hammering of the Merseyside club.

King, who spent the second half of last season at Everton, left when his contract was not renewed.

He marked his return to Goodison Park by scoring a treble that earned Watford their first win under new manager Claudio Ranieri.

"I didn't get given a chance (at Everton), but I did wake up today and had a feeling," King told Sky Sports.

King became the third player to score a hat-trick against a side he has previously played for in the competition, after Andy Cole (for Man United v Newcastle) and Marcus Bent (for Wigan Athletic v Blackburn), according to Opta stats.

"That's football - but I feel like every time someone doubts you or doesn't believe in you, you want to prove a point.

"I felt I had a point to prove," King added.

Ranieri, whose side moved up to 14th on 10 points, heaped praise on King.

"I don't know why" he was not given starts at Everton, Ranieri said.

"For me and my team he's a great striker.

"Not only because he scored a hat-trick, but the way he held the ball and kept the ball, linking with the midfielders, it was amazing. An amazing match."

A hat-trick from Mason Mount propelled Chelsea to a 7-0 win over bottom side Norwich City in the Premier League yesterday, extending their lead at ...
Sport
2 months ago

AmaZulu in shock push past Mazembe into group stage

Benni McCarthy’s boys pull off a feat that was thought beyond them.
Sport
2 months ago

Ronaldo is unique but Liverpool’s Salah is on fire, says Solskjaer

Manchester United manager Ole Gunnar Solskjaer said he would always back Cristiano Ronaldo to score goals but has conceded that Liverpool forward ...
Sport
2 months ago

The player from the Amakhosi development corps has come right for Chiefs and Bafana.
Sport
2 months ago