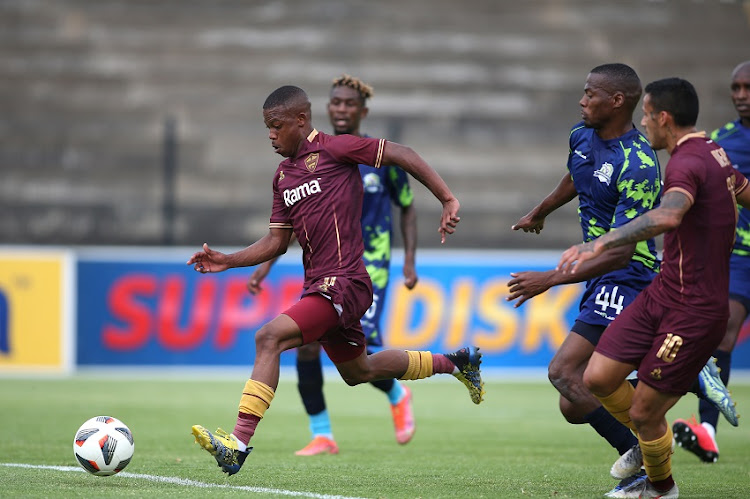 Stellenbosch FC have moved up to second place on the DStv Premiership log after they defeated Marumo Gallants 1-0 at the Danie Craven Stadium on Wednesday.

Bahlabane Ba Ntwa remain winless in the league this season and are 15th on the league standings — three points behind 14th-placed Chippa United.

The trusted front partnership of Junior Mendieta, Judas Mosiamedi and Du Preez proved to be a working formula for the Western Cape side who remain unbeaten at home. Stellies have become a very difficult side to beat at home after registering five victories in their own backyard.

Coach Steve Barker's charges enjoyed numerous attacks through the second half, though they found Gallants' keeper Washington Arubi an immovable object between the posts.

Both Gallants and Stellenbosch made tactical changes early in the second half, with the hosts looking to protect their lead while the visitors continued the search for an equaliser.

With less than 30 minutes to go, Ndabayithethwa Ndlondlo tried his luck from long range at the other end of the field but goalkeeper Sage Stephens was alert and parried the ball away from danger.

The visitors returned with a different approach in the second half and continued to threaten the Stellies hard-to-break defence. But the Winelands outfit continued to control the match and Stanley Dimgba connected with a delightful cross from Junior Mendieta, but Arubi made a crucial save.

However, Gallants put up a terrific fight in the middle of the park — through Katlego Otladisa, Lehlohonolo Nonyane and Thabo Mnyamane — almost completing an incredible comeback.

Inviting Stellies on and hitting them on transition was an effective tactic for the visitors, who created another dangerous opportunity right after second whistle through Otladisa.

Stellies looked the more settled and fluent team from the early stages, with their first clear chance arriving on 15 minutes when a good passing move culminated in Mendieta stabbing a shot on target which was well calculated by the Gallants defence.