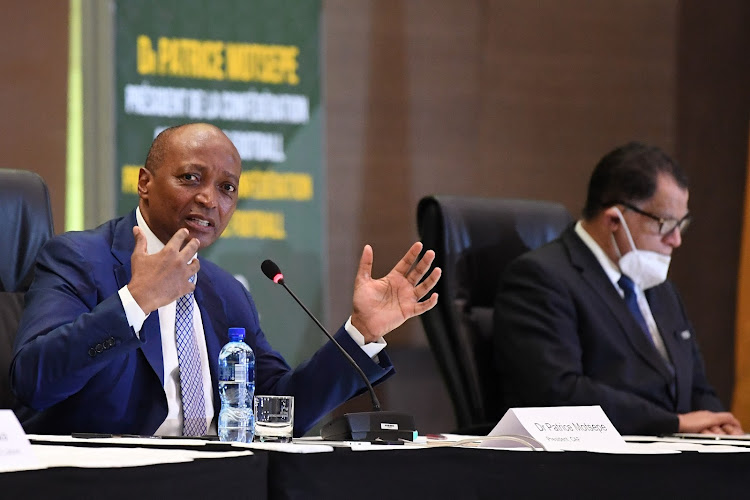 The Confederation of African Football (Caf) has moved to put an end to the catastrophic impasse in its television rights statuses that have seen major competitions blacked out.

This followed separate court judgments that the deal had not undergone the tender process.

The Champions League and Confederation Cup club competitions have not been televised across the continent for close to two years while the impasse has continued.

This has left internet streaming as the major source of viewing such matches, rather than TV broadcasting on networks across the continent.

Mamelodi Sundowns owner Patrice Motspe, elected as Caf president in March, said resolving the broadcast impasse would be among his first objectives.

Caf said on Friday: “Caf has opened an invitation to tender (ITT) for the host broadcast and TV services across selected events in 2022 and 2023, including its flagship event, the TotalEnergies Caf African Cup of Nations Cameroon 2021.”

Caf said “interested parties may place bids on all the services included, or just specific services areas of expertise”.

“The tender process will allow CAF to select the companies that are best placed to achieve Caf’s objectives of providing world-class coverage of the tournament and offering fans in Africa and internationally a high-quality viewing experience.”

Caf said events included in the tender are the:

The continental ruling body said companies wishing to participate in the tender processes can request the ITT by email at TVServices@cafonline.com.

Submissions to Caf must be received by 12pm  Egyptian Standard Time on November 15 2021,” Caf said.

The cancellation of the Lagardère contract led to SA pay channel SuperSport blacking out its coverage of all Caf games, including the U-23 Afcon and 2021 Nations Cup qualifiers, encompassing Bafana Bafana’s away matches.

Strengthening the club's support base, development and the women's team are the low-hanging fruit Mamelodi Sundowns' new young chairman Tlhopie ...
Sport
8 months ago

Mamelodi Sundowns' trio of coaches are the main reason the club transitioned smoothly in life after Pitso Mosimane, Downs chair Tlhopie Motsepe has ...
Sport
8 months ago

Pitso Mosimane has been embroiled in a tense standoff with his former club for months.
Sport
10 months ago

Dismissing the appointment of Kaizer Motaung jnr as sporting director to a mere strengthening of the family business concept is missing the point ...
Sport
10 months ago