Defeat to Sundowns in cup final had a lasting psychological effect on his players, says City coach Tinkler 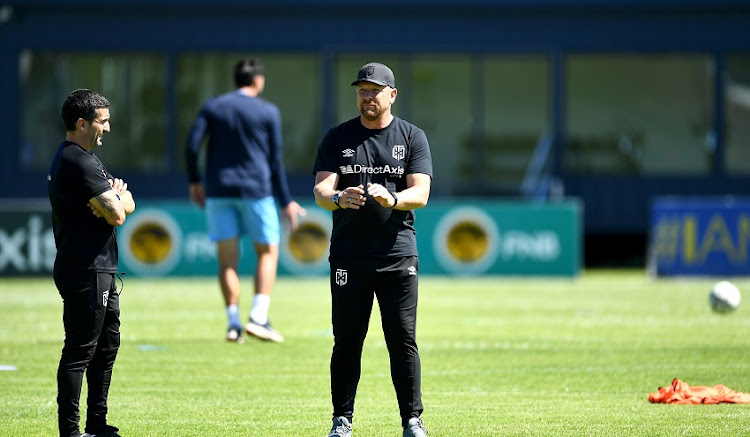 Cape Town City coach Eric Tinkler says the pain inflicted by the defeat to Mamelodi Sundowns in the final of the MTN8 a week ago had a huge psychological effect on his players.

City bounced back from the defeat in the cup to beat Chippa United 1-0 in a league match at Cape Town Stadium on Wednesday evening, but Tinkler revealed that they have faced challenges in the past few days. His players rallied against Chippa to finally score and take all the points in a late win.

“Psychologically, I think it was always going to be difficult for the players, considering how we lost the MTN8 final [they lost on penalties]," he said.

“You could see the effects of that loss still [showing] at training on Monday, and even [on Tuesday], so that was a big concern for us leading into this game.

“It was a tough game. We started fairly well [and] I thought in the first 20 minutes we looked OK but [there were] too many changes.”

Nigerian attacking midfielder Abdul Ajagun scored the only goal of the game in the penultimate minute of regulation time, with the result seeing City climbing to eighth place on the standings.

The former Bafana Bafana midfielder described their clash against Chippa as “ugly and cagey” as his side could not create enough chances to score.

“I think we made five changes, three of them were enforced, so there wasn't that continuity and consistency, and we struggled against Chippa,” he said.

“They're a difficult team to play against because they play very direct, look to play off the second ball and deliver a lot of crosses into the box.

“It became a very, very ugly and cagey game for us.

“Against Sekhukhune, we had 30 box entries and lost 1-0. [Against Chippa] we had one shot on target, one goal and you win the game.

“I'll take that. I think the team will take that because mentally and psychologically we needed the win. So, I'm happy with the three points, so we'll move on and forget about this one.”

The Chilli Boys, meanwhile, are down in 14th place and just one point above the relegation playoff zone after an eighth match without a win in the league.

The loss has put Gavin Hunt under immense pressure, given that his employer Siviwe “Chippa” Mpengesi has a well-documented lack of patience when it comes to underperforming coaches.

Cape Town City coach Eric Tinkler was left disappointed by the quality of his penalty takers' kicks after the Mother City club lost in the MTN8 final ...
Sport
2 months ago

Mamelodi Sundowns finally lifted the MTN8 trophy in its current guise but had to rely on penalties (3-2) to beat tough Cape Town City after ...
Sport
2 months ago