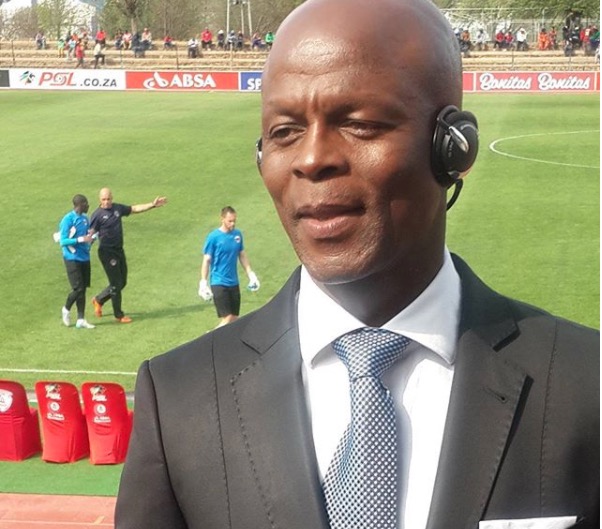 Orlando Pirates and Kaizer Chiefs legend Marks “Go Man Go” Maponyane has said the Soweto derby is surviving on sentimental value and is overshadowed by the extraordinary dominance of Mamelodi Sundowns.

Chiefs host Pirates at FNB Stadium on Saturday, a week after Sundowns won their tenth trophy since 2016 when former coach Pitso Mosimane claimed his second league title with the club.

During this five-year period, the Brazilians have won five league titles, two Nedbank and Telkom Knockout trophies, and one MTN8 trophy on the domestic scene, to go with the Caf Champions League and Super Cup they have also hoisted.

Disappointedly for Chiefs and Pirates, they have only managed one trophy between them during this period after the Buccaneers laid their hands on the MTN8 trophy last season.

By lifting the MTN8 trophy with a dramatic 3-2 penalty shoot-out win over Cape Town City last weekend, Sundowns have surpassed Chiefs as the team with most trophies (21) since the formation of the Premier Soccer League in 1996.

“It [the Soweto derby between Chiefs and Pirates] exists because of sentimental reasons,” was Maponyane’s blunt assessment of the state of Southern Africa's biggest fixture in comparison to Sundowns’ dominance on the domestic scene.

“Whoever is going to win the derby doesn’t make them achievers, because history has it that Sundowns is now the most dominant side in the country, and they have just surpassed Chiefs in terms of most trophies won in the PSL era.

“The derby is just a match between two teams and they must start being consistent and win trophies. Pirates won the MTN8 last season but diehard supporters want the league because that is what matters.

“They must at least win the league soon because that’s what matters and Sundowns have done that for the past four seasons, and at the rate things are going it looks like they will win it for the fifth time this season.

“The reason Sundowns is this dominant is because whoever they buy fits into their plan and style of play. If you don’t have a plan, you bring in players with reputations to try to boost the image of the team, but players are not there to save the image of the team. They are there to show their talent in the plan that is there.”

Kaizer Chiefs coach Stuart Baxter has fired back at his critics on social media and suggested he is not too bothered by the abusive comments that are ...
Sport
3 months ago

Maponyane, who is part of a select group of players to have starred for both Chiefs and Pirates, said the two Soweto sides are way behind Sundowns when it comes to the standard of play on the field.

“They are far because the other team [Chiefs] was celebrating having just made the top eight while Sundowns had won the league. This means they are far, it was going to be something if one of them had finished second, but AmaZulu finished second.

“For them to reclaim their glory days, they must improve significantly while at the same time hoping that Sundowns drop their standards. That is unlikely to happen any time soon because Sundowns players are getting better.

Though Maponyane said the derby has lost its spark, he mentioned that the occasion has a reputation.

“The standard is not the same and both teams need to be firing to capture the imagination of the public or to spark into life. The reality is that neither Chiefs nor Pirates are having sparks at the moment.

“The only thing we cannot forget is that the derby has got reputation. The reputation is something that you cannot remove, it is your reputation, [whether] bad or good, people will still perceive you with that reputation.”

Orlando Pirates co-coach Mandla Ncikazi is worried about his team’s conversion rate going into the Soweto derby against Kaizer Chiefs on Saturday at ...
Sport
2 months ago

Stuart Baxter: Kaizer Chiefs' defeat against Stellies 'doesn't affect the derby at all'

Kaizer Chiefs’ 1-0 Absa Premiership defeat against Stellenbosch on Tuesday will have “no affect at all” on Saturday’s Soweto derby against Orlando ...
Sport
2 months ago

You set out looking for a story originating from a picture circulated on social media of two houses, joined, as some in townships are, where the myth ...
Sport
2 months ago