‘We don’t have any mandate but safety first’, says Makhubedu 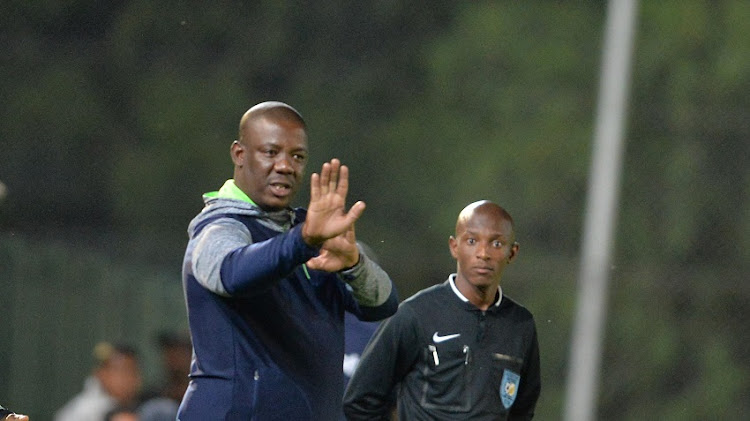 Sekhukhune United coach MacDonald Makhubedu believes his fifth-placed side have enough in the tank to stay clear of the annual relegation battle and finish in the top half of the premiership standings.

Makhubedu praised his charges for their performance after beating Swallows 1-0 in the dying minutes of the game over the weekend.

He said he does not want to see his side moving close to the relegation zone.

"We don't have any mandate what we want is to be safe from relegation before the last five games," he said.

"We don't want to be depending on the last five games of the season to avoid relegation. "We want to be safe before then and we think what we have in the squad will take us there.

"All the 16 teams dream of winning the league or being in top four but us we just want to be safe."

"We had to win as we lost our last match [against Pirates]," he said.

"We did well in the last four games before the defeat to Orlando Pirates. Then we had to regain our form.

"If we lost today it would have been tough. We had to win to keep the momentum.

"Going into the Fifa break we had to win.

"I am happy for my boys as the team worked very hard in this game, but we play against hungry Swallows who wanted to hurt us in the first 20 minutes.

"But we dominated the game from the first minute until the last. We just had to do well today."