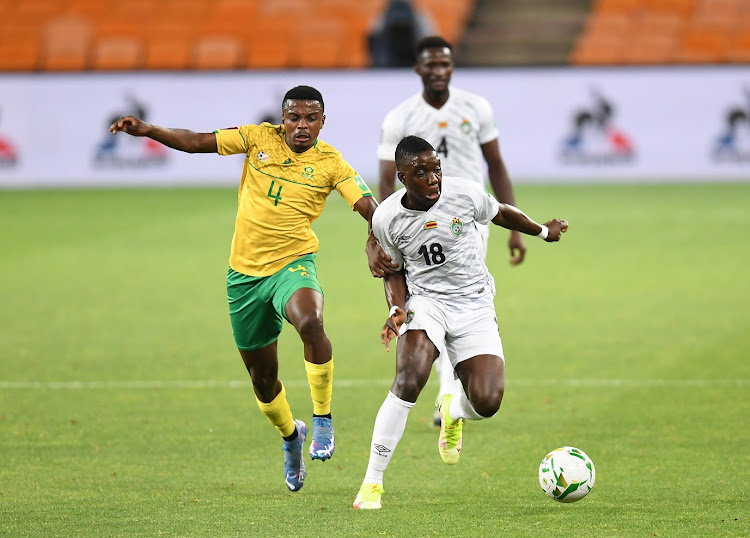 As Bafana Bafana meet Ghana in Cape Coast in the decisive final Group G 2022 World Cup qualifier on Sunday night (kickoff 9pm) the main objective of the campaign — unearthing and giving experience to new talent — has already been met.

Coach Hugo Broos and his young team, with many front-line players omitted as the coach used the Qatar World Cup qualifiers to build towards the 2023 Africa Cup of Nations, would love to go to the next and final round of qualifying, and, almost unimaginably, even further.

Needing a win or draw against a Black Stars (10 points) who have blown cold more than hot in the qualifiers, Bafana (13 points) stand a real chance of winning Group G.

On the back of an unheard of four qualifying wins in a row Broos’ young combination, growing in confidence with each result, have every chance of the win or draw they need to reach the last, single-tie home-and-away round.

They beat an understrength Ghana 1-0 at FNB Stadium in September. The script for the Black Stars was that the return of the likes of Jordan and Andre Ayew and Daniel Amartey would see them earn the results that would see them power back to the top of Group G.

That did not happen when they were held 1-1 by Ethiopia in a lethargic display at neutral Orlando Stadium on Thursday. It will not necessarily happen in Cape Coast either.

South Africans, though, will also know from history to brace themselves for a potential disappointment. A full-strength Ghana have as much chance of the win they need as General Broos’ young, yellow and green army have of the draw they require, or better.

If that is the outcome, South Africans need to take stock and examine the many positives.

Broos only started taking charge of Bafana matches at the start of the campaign in September. In three months he has omitted older front-line stars few Bafana coaches would have had the bravery to leave out — including Themba Zwane, Bongani Zungu and Thulani Hlatshwayo, not to mention Dean Furman, Kamohelo Mokotjo and Andile Jali.

And in the objective of identifying talent, throwing them in and seeing if they can swim, the qualifiers have been a roaring success.

Thursday’s 1-0 win against Zimbabwe at FNB Stadium was again an imperfect but gritty display from a young team that has enormous room to advance in plenty of games to come in the next few years.

The burgeoning forward pair of Baroka FC’s Evidence Makgopa and Maritzburg United’s Bongokuhle Hlongwane, both 21, are a terror, and a treasure, to see up-close in the stadium with their movement and energy.

Both can shoot. Makgopa causes problems with his height. Hlongwane’s monstrous drive palmed by Zimbabwe goalkeeper Petros Mhari onto the crossbar at the end showed confidence beyond his years, no doubt bolstered by selection and game time, and an ability to strike the ball that many of the European-based stars of the West African side Bafana meet on Sunday might admire.

Mamelodi Sundowns’ Rushine de Reuck, 25, and Kaizer Chiefs’ Njabulo Ngcobo, 27, are not impassable yet at centreback, but have a refreshing mobility and technical ability on the ball in the wake of the solid but static and clunky ex-partnership of Hlatshwayo and Buhle Mkhwanazi.

Fullbacks Nyiko Mobbie and Terrence Mashego have their challenges defensively — Mobbie with pace, and Mashego with rashness committing himself to some hara-kiri challenges — and Sundowns supporters have asked what Thapelo Morena and Lyle Lakay have to do to get into the squad. But Mobbie provided a number of excellent crosses in the second half against Zimbabwe.

Teboho Mokoena’s breakthrough as a Bafana regular is long overdue and with his intelligent positioning for the goal against Zimbabwe he again showed his class, and ability to score when the chips are down.

Thibang Phete is big, positions himself well, and relatively comfortable with the ball at his feet. Again, Sundowns fans will wonder why Rivaldo Coetzee’s superb defensive midfield displays are being overlooked. Ethan Brooks has been a revelation.

Add the undoubted class and now, by this squad's standards, experience of Ronwen Williams, Percy Tau and Keagan Dolly, and there is a dangerous young combination emerging that could do some damage in Africa in the next half-decade and beyond. They could do some damage to Ghana, sooner than that.

Kudos must go to Broos, no matter what happens on Sunday, for in no time putting together a combination — picking some players who would never have got near a Bafana senior jersey under most coaches — that finally has South Africans excited for the first time in a long while.

Another Bafana coach confused by the permutations: King Broos slips up on the maths

Hugo Broos followed a familiar pattern among Bafana Bafana coaches after his team’s 1-0 World Cup qualifying win against Zimbabwe of being confused ...
Sport
2 months ago

Bafana Bafana will have to win their match against Zimbabwe on Thursday to have a chance of winning Group G in the 2022 Fifa World Cup qualifiers ...
Sport
2 months ago

Thursday could not have gone too much better for Bafana Bafana, who clinically edged Zimbabwe 1-0 to take a three-point lead in their 2022 World Cup ...
Sport
2 months ago

The SABC has confirmed that it will carry the live broadcast of the crucial 2022 Qatar Fifa World Cup qualifier between Ghana and Bafana Bafana on ...
Sport
2 months ago