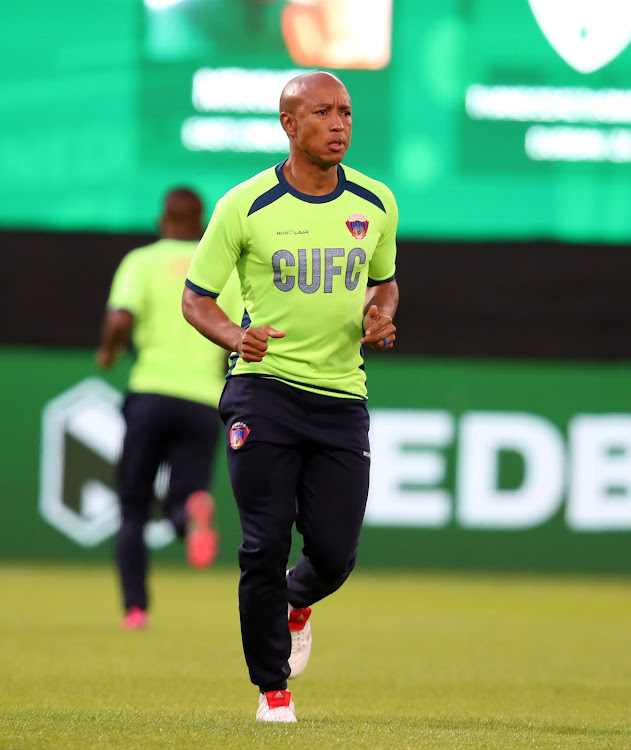 Kurt Lentjies obtained his coaching qualifications after his retirement as a player.
Image: ©Muzi Ntombela/BackpagePix

Chippa United named Kurt Lentjies as the team’s caretaker coach and Siya Gwambi as his assistant, the club said in a statement on Monday.

The 36-year-old former Mamelodi Sundowns and Maritzburg United midfielder, who joined the Gqeberha club in 2017, takes over from suspended head coach Gavin Hunt.

Lentjies and Gwambi took charge of the morning training session at the Nelson Mandela Bay Stadium.

Hunt, Ian Taylor and Roy Limongelli have all been suspended with immediate effect due to poor results.

“Following the club having endured its worst start to the league of 10 matches and only one victory, the club has placed head coach Gavin Hunt on precautionary suspension, while [it] investigates the matter according to its internal processes,” the statement said.

“In the absence of the head coach, Kurt Lentjies will take up a caretaker position and shall be assisted by Siyabulela Gwambi.

“Lentjies has been a stalwart for the club, and following his retirement from playing ensured he attained his coaching qualifications.

“His intricate knowledge of the team, players, and culture of the club should ensure the club will be in good stead during this period.

“We trust that these measures will be the beginning of a turnaround to the season, and bring hope again to the stakeholders and fans of the Pride of the Eastern Cape.”

The SA Football Association suspects Bafana Bafana's defeat to Ghana in a crunch 2022 World Cup qualifier on Sunday night may have been fixed, and ...
Sport
2 weeks ago

A source close to the camp said the club was divided, as some people within management were fighting for Hunt to stay and continue with his duties, while other parties wanted him out.

The former Kaizer Chiefs and Bidvest Wits coach’s suspension hardly comes as a surprise, as the club have been struggling to get positive results in the DStv Premiership this season.

Under Hunt’s guidance, the Chilli Boys have only recorded one win — against Sekhukhune United in their opening match — and have since gone nine matches without a victory.

The English Premier League is nearing the sale of its US television rights for about $2 billion, setting a new overseas record, the Financial Times ...
Sport
2 weeks ago

Bafana Bafana coach Hugo Broos has laughed off suggestions that his job could come under scrutiny if his charges come up short in the quest to ...
Sport
2 weeks ago