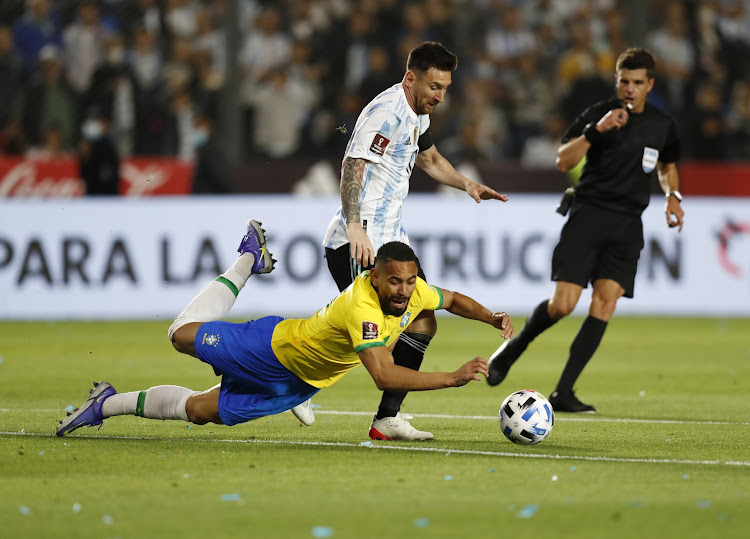 The referee and the Video Assistant Referee (VAR) who officiated in Tuesday's 2022 Fifa World Cup qualifier between Brazil and Argentina have been suspended for "serious errors", the South American soccer governing body CONMEBOL said.

An incident in the goalless draw where Argentine defender Nicolas Otamendi appeared to elbow Raphinha -- which left the Brazilian winger with a bloody mouth -- went unpunished and CONMEBOL said the use of his arm amounted to "violent conduct".

Brazil coach Tite was left fuming and he angrily hit out at what he said was an "inconceivable" decision by the VAR, saying it was "impossible" for VAR not to see Otamendi's elbow on Raphinha.

World football governing body Fifa has finally stepped into the heated dispute about Bafana Bafana's controversial elimination from the 2022 World ...
Sport
2 weeks ago

The SA Football Association's (Safa) complaint about the performance of Senegalese referee Maguette Ndiaye and his colleagues during Bafana Bafana's ...
Sport
2 weeks ago

CONMEBOL added the two officials have been suspended for "an indefinite period".

The 0-0 draw allowed Argentina to join Brazil in sealing qualification for the World Cup in Qatar next year.

The Pitso Mosimane gift road show is expected to arrive at Mamelodi Sundowns’ headquarters at Chloorkop on Thursday.
Sport
2 weeks ago

AmaZulu coach Benni McCarthy has been fined R200,000, with R150,000 suspended, for slamming the performance of the referees in a post-match interview ...
Sport
2 weeks ago

SA has a team again, Bafana Bafana coach Hugo Broos said, necessarily highlighting the immense positives that should emerge from the gloom after his ...
Sport
2 weeks ago