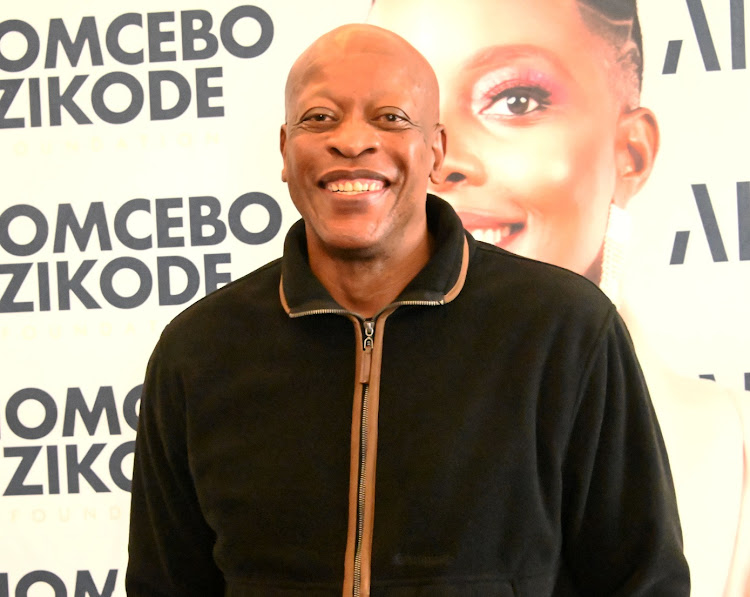 Mzwakhe Mbuli says the SABC should be made aware of the 'love people have for Robert Marawa'.
Image: Gallo Images/Oupa Bopape

Poet Mzwakhe Mbuli says his planned march to the SABC to demand the reinstatement of Robert Marawa as a talk show host will go ahead despite Arena Holdings announcing on Friday they had singed a contract with the sportscaster.

Arena announced it had signed a deal with Marawa to host his award-winning Marawa Sports Worldwide (MSW) show every Monday, starting this coming Monday.  The show will be streamed live digitally on SowetanLIVE.co.za and broadcast on the company’s two radio stations, Vuma FM in KwaZulu-Natal and Rise FM in Mpumalanga.

Mbuli said this does not deter the march organisers — who have set a date and time of November 27 at 11am to protest at the SABC headquarters in Auckland Park, Johannesburg — from conveying the message that hugely popular sports anchor Marawa’s voice should be on the public broadcaster’s airwaves.

“It’s not going to affect the march. In fact, the fire is far from out. I’m sure it’s going through a conflagration out there,” said Mbuli, popularly known as the “People’s Poet”.

“It is the same as if you were to plan a march and the criminal, or [convicted multiple murderer] Rosemary Ndlovu — is apprehended. We are not going to cancel the march.

“Today I was hearing people saying Rise FM. Where is that? You cannot compare Rise with Khaya FM or Jozi FM. Those are big. People will struggle to find a way to reach Marawa. Some people are old-fashioned, and must get used to the digital thing.

“It doesn’t change that the SABC should be made aware of the love people have for Marawa.”

Mbuli said he hoped there might be an opportunity for Marawa to work on Arena’s platforms and the SABC, or that the public broadcaster could poach Marawa from the contract he entered into this week.

“Whatever happens, this whole thing will culminate on November 27. Whatever happens thereafter, we will cross the bridge when we get there,” he said.

“Barcelona had been having it tough until they fired Ronald Koeman. They had to go to Qatar to buy Xavi Hernández [out of his contract with Al Sadd]. Anything in this world is possible.”

Mbuli said the march organisers had followed all the steps, including approaching the Johannesburg metropolitan police department, for their protest to be legitimate.

“For now we are focusing all our energies on making sure all the systems are ready to deliver a top-class show for Robert and our audience through those three platforms on Monday,” Siqoko said.

“What happens outside the deal we have with Marawa, we do not worry ourselves with at the moment. We want to make sure the listeners of Marawa Sports Worldwide get the best experience on Monday.

“Rob is loved by many sports fans around the country. We were not surprised there is this manoeuvring to get him back on the airwaves. We’ve done that. He’s back on the airwaves, and the focus is on delivering this world-class experience for the listeners of Rise, Vuma and Sowetan.”

Marawa’s first MSW show for Arena will be streamed live on Sowetan and broadcast on Vuma and Rise at 5.30pm.

Revered sports broadcaster Robert Marawa is back on air doing what he loves most.
Sport
1 week ago

Poet and activist Mzwakhe Mbuli is planning a march to the SABC's headquarters in Auckland Park to demand the reinstatement of popular sportscaster ...
Sport
2 weeks ago

In what has turned out to be an ugly public spat‚ the SABC has slammed the SA Football Association for misleading and ill-informed statements ...
Sport
3 months ago

Football fans are calling for the return of sports presenter Robert Marawa to the SABC airwaves after his sacking last week.
Sport
3 months ago