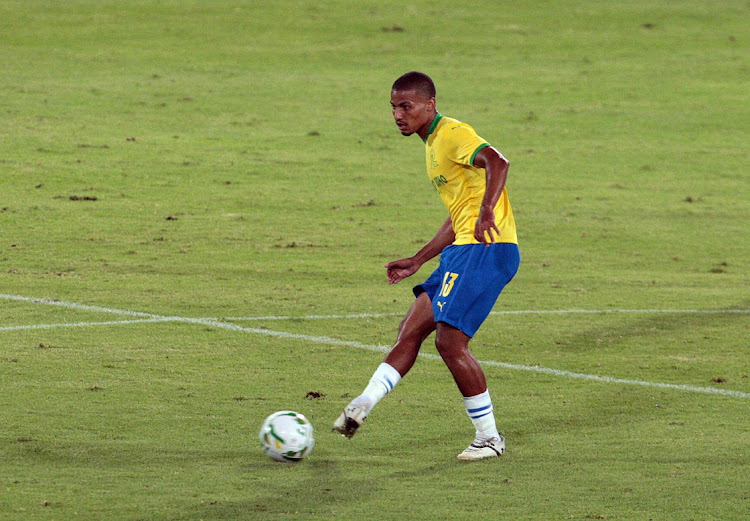 The Fifa international break was beneficial for Mamelodi Sundowns as they have cleared their casualty ward with defender Khuliso Mudau and midfielder Rivaldo Coetzee back at training.

Sundowns co-coach Manqoba Mngqithi said on Friday that Coetzee, who missed their last match against Marumo Gallants, and Mudau are available for their DStv Premiership clash away to Cape Town City on Saturday.

The league game will be a rematch of last month's MTN8 final where, after a 1-1 scoreline after extra time, Downs won 3-2 on penalties.

“Fortunately, maybe the break came at a right time for us because Rivaldo and Khuliso, who had small knocks, are back in the reckoning,” said Mngqithi, adding that having a near full-strength squad is a good headache for him and his co-coaches, Steve Komphela and Rulani Mkowena.

“We almost have a full-strength squad, which puts us in a very difficult position as coaches in terms of team selection. But truth be told, this is the group we believe has the capacity to get the results we require in this match.”

Mngqithi said City, their hosts at the Cape Town Stadium, have the potential to deny them registering their eighth win in succession and going 13 matches without conceding a goal.

“We are facing a very good team that is organised, very dangerous offensively and dangerous in transition from defence to attack. But they are a team that also has some defensive frailties we can try to capitalise on.

“We are going into this game with a lot of respect and humility. The MTN8 result is history and it is important to go into this match and respect it because they gave us a tough time in the MTN8 final.

“Based on the fact that we know very well what to expect from that match, we are even more galvanised and intrinsically motivated to try to earn the result. We know the challenges ahead of us.

“At Sundowns all we want is to win and to play good football but we must do that with a lot of respect for what the opponents are also capable of, and that is basically what we have to guard against.”

Mngqithi said Sundowns will need to be flexible because City coach Eric Tinkler has the capability of changing his team's system during a match if the original plan is not working.

“That is what we should expect and they also usually play with two strikers up top and two holding midfielders in Thato Mokeke and Thabo Nodada, with Mduduzi Mdantsane playing more as a '10'.

“We have to understand what they are bringing going into the game so we are able to have a team we can shift about to try to match whatever they bring on the day.”

Cape Town City coach Eric Tinkler has said his ex-player, Rushine de Reuck, needs to “be strong” to bounce back from being at the wrong end of an ...
Sport
1 week ago

Defeat to Sundowns in cup final had a lasting psychological effect on his players, says City coach Tinkler

Cape Town City coach Eric Tinkler says the pain inflicted by the defeat to Mamelodi Sundowns in the final of the MTN8 a week ago had a huge ...
Sport
3 weeks ago

The Pitso Mosimane gift road show is expected to arrive at Mamelodi Sundowns’ headquarters at Chloorkop on Thursday.
Sport
1 week ago

The antagonism between Ghana and South Africa will go up a notch when Mamelodi Sundowns Ladies face Hasaacas Ladies in the inaugural Caf Women’s ...
Sport
1 week ago