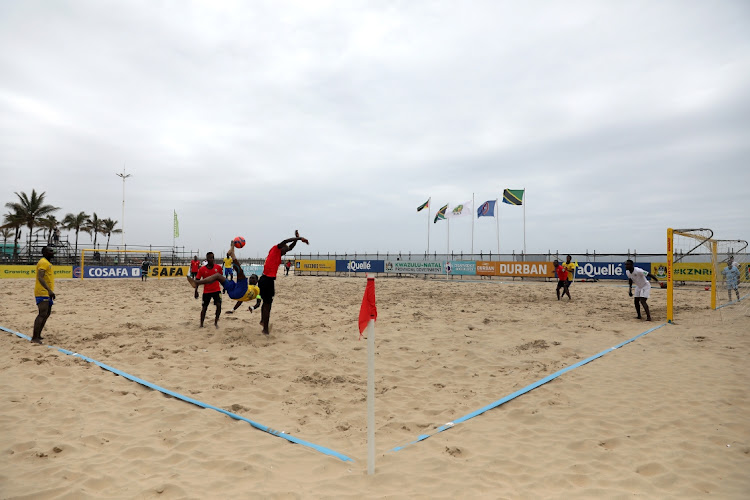 General view of a makeshift soccer field where Mozambique and Tanzania were fighting for a spot in the next round during the COSAFA Beach Soccer Tournament in Durban.
Image: Sandile Ndlovu

Mozambique will face Tanzania in the final after both won through tough semifinal fixtures at Durban’s South Beach on Friday. 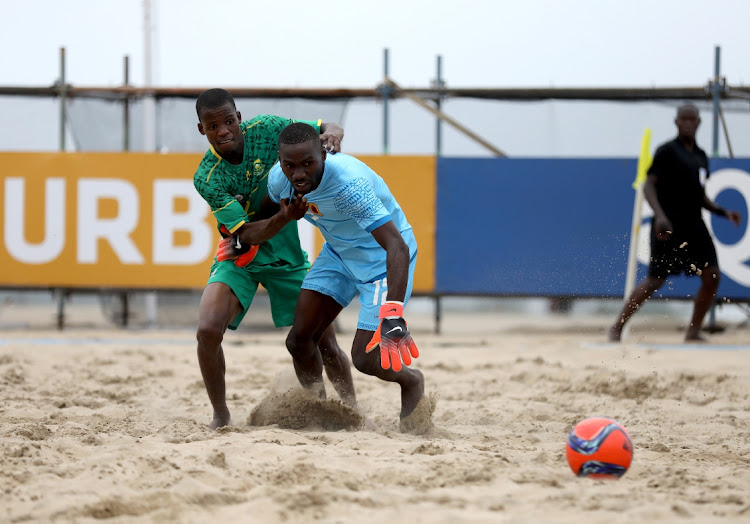 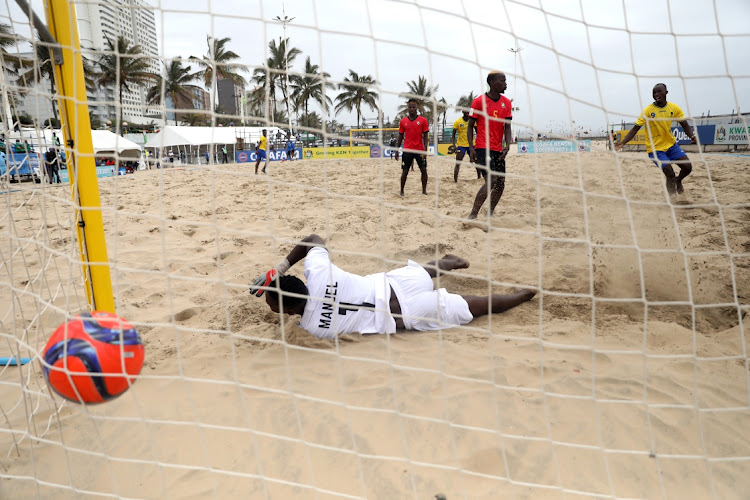 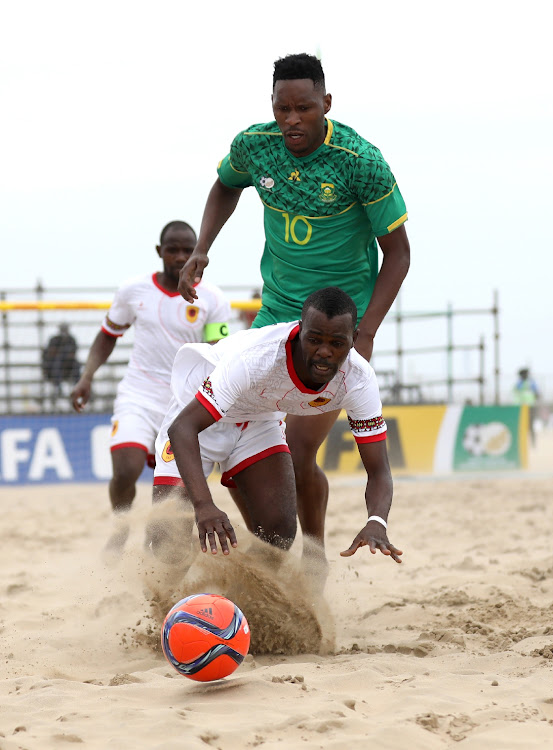 Euripedes Francisco of Angola falls as he is tackled by Nduduzo Phakathi during the COSAFA Beach Soccer Tournament in Durban.
Image: Sandile Ndlovu 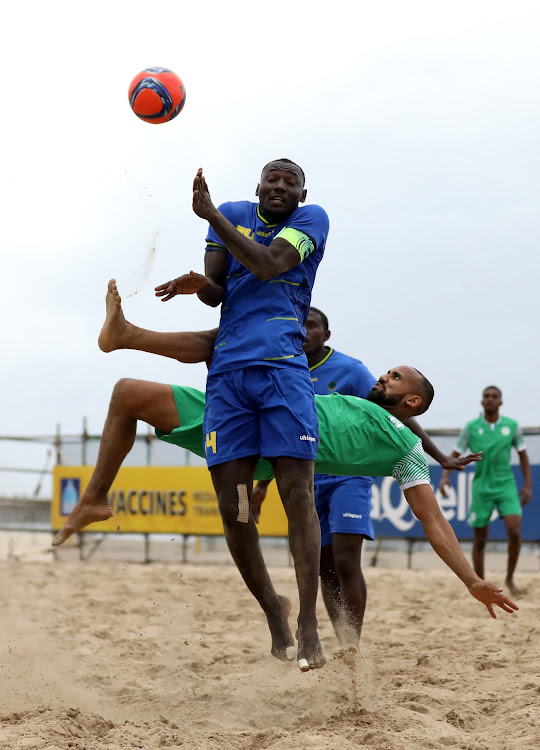 Ammar Ali Said of Comoros and captain of Tanzania Ismail Gambo fight for a ball during the COSAFA Beach Soccer Tournament in Durban.
Image: Sandile Ndlovu

The match will be played on Sunday (kickoff 15h00 CAT) and is a repeat of their epic 4-4 draw in the group phase that was eventually won on penalties by the Mozambicans. Mozambique rallied from 3-1 down to defeat hosts SA 5-3 in the first semifinal, living up to their billing as pre-tournament favourites.

They were assisted by a red card shown to SA’s Minenhle Ndlovu, who had already netted twice for the home side before being given his marching orders. Nduduzo Phakathi scored the other goal for the South Africans as he took his tally in the tournament to five.

But a hat-trick from the excellent Nelson Manuel, and further goals from Rachide Smith and Ramosette Cumbe, gave the Mozambicans a comfortable win in the end. 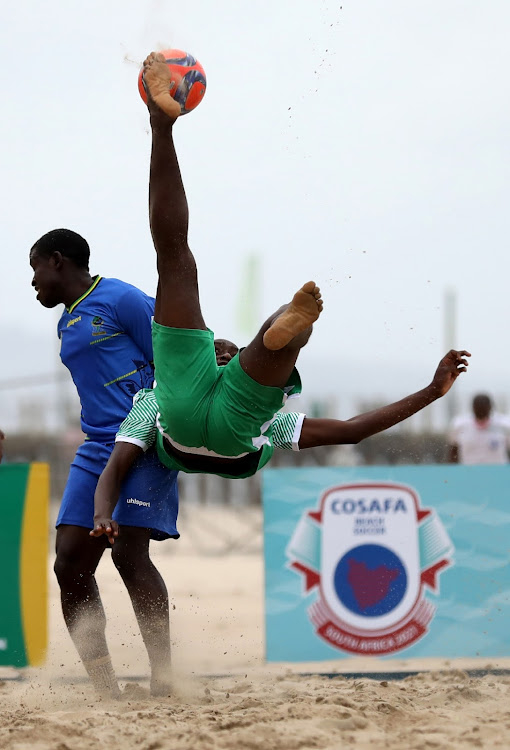 'Manuel's goals take him to the top of the scorers chart with six in the competition so far. Angola were perhaps the more fancied side going into their semifinal, but found themselves 4-0 down against Tanzania, who were much the brighter of the teams in the opening two periods.

The goals were largely self-inflicted for the Angolans, with defensive errors and goalkeeper howlers as Stephano Mapunda (two), Abdulkadir Tabib, Ibrahim Hassani and Jaruph Juma were on target for the Tanzanians.

The player known as End-Cole scored twice for Angola to keep their interest alive. Comoros won the Plate Final as they overcame an early surge from Seychelles to edge their rivals 5-4 in the battle of the islanders. 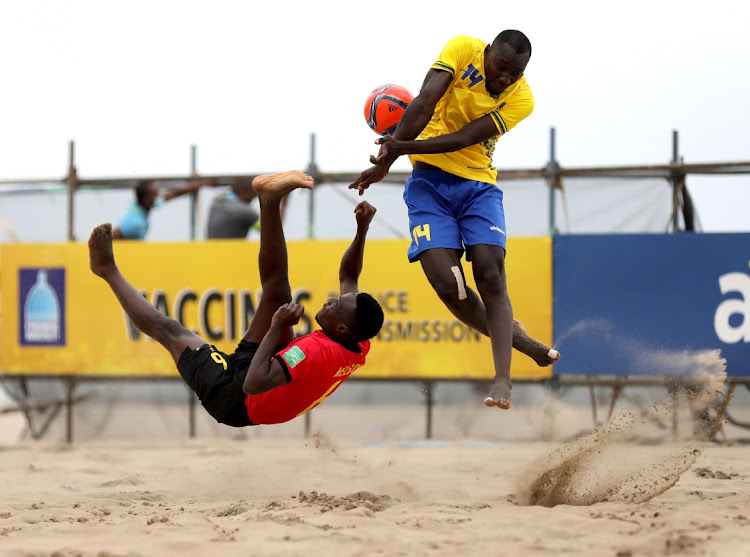 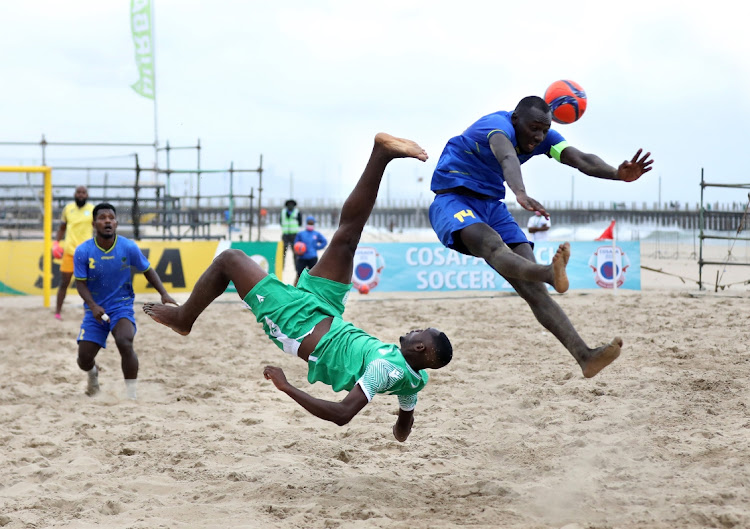 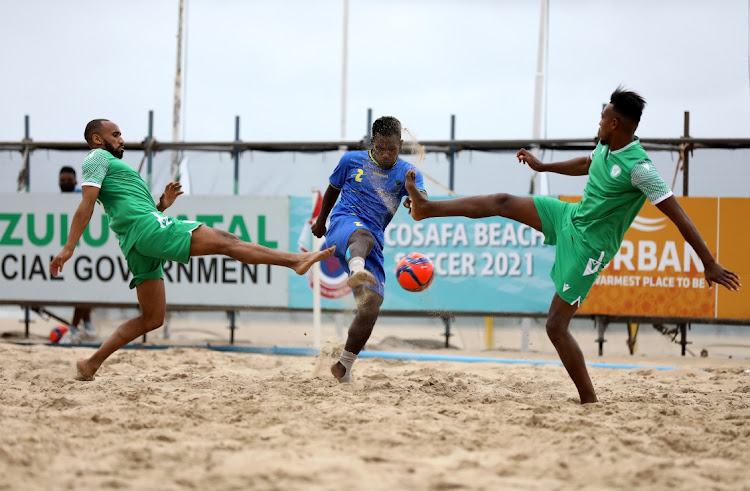 Mamelodi Sundowns Ladies were crowned inaugural Caf Women’s Champions League winners after their 2-0 win over Hasaacas Ladies of Ghana at the 30 June ...
Sport
6 months ago

Safa CEO Tebogo Motlanthe confirmed to TimesLIVE that Fifa has responded to Safa's complaint and a disciplinary committee meeting will take place ...
Sport
6 months ago

The Fifa international break was beneficial for Mamelodi Sundowns as they have cleared their casualty ward with defender Khuliso Mudau and midfielder ...
Sport
6 months ago