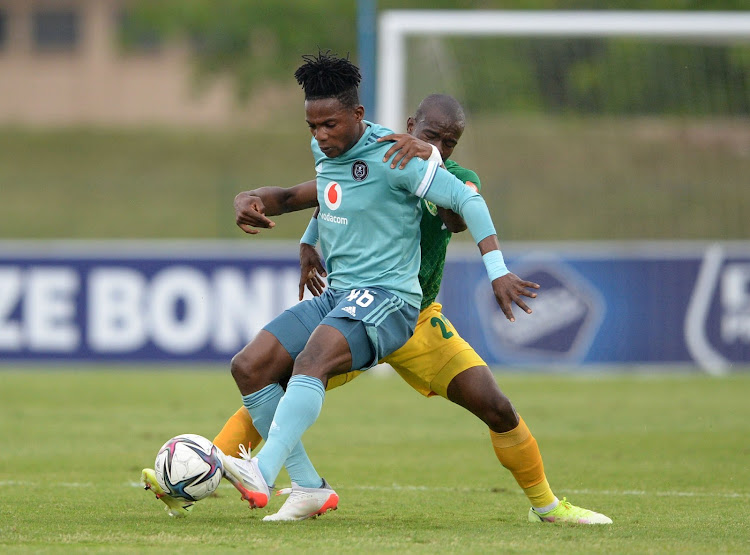 Orlando Pirates continued with their indifferent DStv Premiership form playing to a 0-0 draw away against Lamontville Golden Arrows at Princess Magogo Stadium in Durban on Saturday.

This draw follows Bucs’ 2-1 defeat to arch-rivals Kaizer Chiefs in the Soweto derby played just before the Fifa International break.

There was much huffing and puffing by both sides in Durban and when it came to putting the ball in the back of the net they simply had no men sharp enough to capitalise on either side’s chances.

The stalemate leaves these teams with an unlikely chance of challenging log leaders and defending champions Mamelodi Sundowns for the title as they remain in mid-table after completing 11 matches, in which they’ve won three games apiece.

This matchup started at a blistering pace with both teams looking to score in the opening half. Pirates were the side manufacturing the better openings, with midfielder Fortune Makaringe unlucky to see his pile-driver from just outside the area hit the woodwork in the eighth minute.

Bucs winger Deon Hotto also came close to giving the visitors a lead going to the break, his 41st-minute free-kick just thudding off the upright when Arrows goalkeeper Nkosingiphile Gumede had no way of saving it.

But it was the home side who should have broken the deadlock as early as the fifth minute. However, striker Michael Gumede was wasteful pulling his shot wide after a great interchange in the middle of the park.

The second half was a carbon copy of the first with both teams creating plenty of opportunities but just failing to finish them.

Pirates’ bench showed they might have lost faith and confidence in their captain and central defender Thulani Hlatshwayo as they left him on the bench after he made that horrendous mistimed back pass in the defeat against Chiefs.

Ntsikelelo Nyauza, who has been out for some time after getting injured early in the season, took Hlatshwayo’s place alongside Nigeria’s Olisa Ndah in the heart of Bucs’ defence.

Pirates’ co-coaches Mandla Ncikazi and Fadlu Davids also gave the promising 19-year-old Boitumelo Radiopane his senior debut and the young striker could have scored with his first touch when he had the ball in the area after a corner but failed to control it.

Bucs will have to improve their game by some margin when they visit second-placed Stellenbosch FC in Cape Town on Wednesday.

A strong, successful Bafana Bafana squad needs a supply line of quality players from Chiefs and Pirates
Sport
2 weeks ago

The Ernst Middendorp factor, the renowned research the Maritzburg coach the does on his opponents, and his existing inside knowledge on Kaizer Chiefs ...
Sport
1 week ago

Kaizer Chiefs coach Stuart Baxter has denied apologising about refereeing decisions to Fadlu Davids in his post-match comments with his Orlando ...
Sport
3 weeks ago

Kaizer Chiefs may have won the Soweto derby at the weekend but Bafana Bafana coach Hugo Broos believes Orlando Pirates were the better side during SA ...
Sport
3 weeks ago