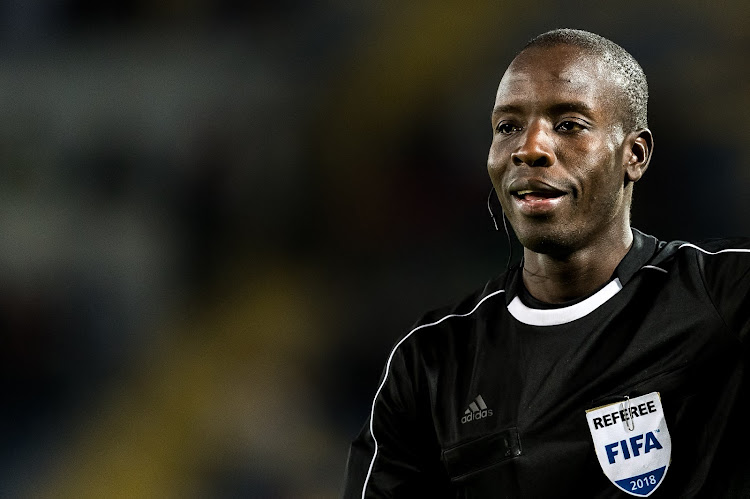 Not since the World Cup tournament was awarded to SA to host 17 years ago has the nation been as invested in the outcome of a Fifa meeting as they will be when the world governing body meets on Tuesday to make a decision that could have serious ramifications for Bafana Bafana.

SA's journey to the global showpiece in Qatar next year came to a screeching halt when Bafana were beaten 0-1 by Ghana in dubious circumstances in a controversy-ridden qualifier on November 14. The SA Football Association (Safa) suspects that the match may have been fixed and has asked Fifa to investigate the conduct of Senegalese referee Maguette Ndiaye, who awarded the match-winning penalty and also made numerous other questionable decisions that benefited the West Africans.

Safa wants the game to be replayed at a neutral venue and for action to be taken against Ndiaye and his colleagues Samba Elhadji Malick (assistant one), Camara Djibril (assistant two) and Gueye Daouda (fourth referee). Bafana's hopes of continuing the journey to Qatar depend on the Fifa disciplinary committee ruling in SA's favour on Tuesday.

Safa CEO Tebogo Motlanthe told TimesLIVE on Monday that they have presented a strong case to Fifa. Fifa had asked the Ghana Football Association to communicate any comments it deemed appropriate to Safa's protest along with any documents it believes are necessary, by November 20.

“The Fifa disciplinary committee will inform us if they want us to make oral representations in addition to the documents we have submitted,” Motlanthe said.

Safa sent documents to the world governing body, and to the Confederation of African Football, including a report by former Fifa referee Andile “Ace” Ncobo.

Ncobo said in the report 90.9% of the incorrect decisions, of which there were an unusually high proportion, made by Ndiaye went against Bafana. He said this proves the game was “unlawfully manipulated” and that, in terms of Fifa rules, the result of a 1-0 win to Ghana should be made null and void.

The Ghanaians, on the other hand, have responded in a manner that has left Safa bewildered and puzzled. The West Africans ridiculed Safa's protest at every turn, preferring to ignite a war of words with their SA counterparts even though the complaint is about the referee's conduct rather than about Ghana. The West Africans have issued statements and also circulated videos firing barbs at Safa and at Bafana. Relations between the two have certainly plunged to icy depths and the days when Ghana was renamed BaGhana BaGhana by South Africans during the 2010 World Cup feel like a lifetime away.

Those who remember the anxiety of the days and hours before Fifa eventually announced the winning bid for the 2010 World Cup in Zurich, Switzerland, in 2004 will be forgiven for feeling a sense of déjà vu as the countdown to Tuesday continues. South Africans have a lot invested in the decision as the national team has not played in the World Cup since hosting the event 11 years ago. This year is the closest the team has come to staking a claim for one of the five qualifying berths to the global tournament and that they were denied a chance to fight for their place in a fair manner leaves a bitter taste in the month.

Whatever the outcome of Fifa’s meeting on Tuesday and whether it benefits Bafana, Ndiaye cannot be allowed to get away scot free. His actions brought football into disrepute and he should suffer the consequences for his bias and unfairness. The next few hours will be interesting.