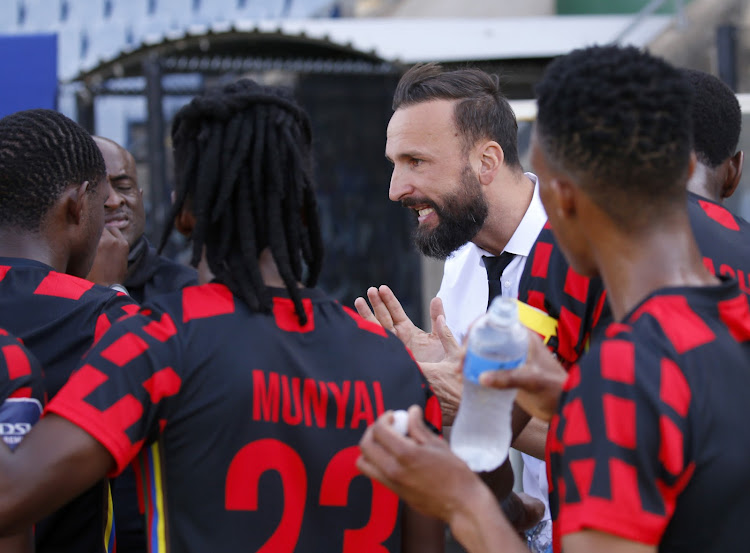 After guiding TS Galaxy to a 1-0 win over Swallows in Mbombela on Sunday, coach Sead Ramovic urged his players to be consistent and build momentum if they are to snap out of the early season relegation predicament.

Sphiwe Mahlangu scored his first goal for the club six minutes into the game at Mbombela stadium to hand the Rockets their second win in 11 matches.

Ramovic masterminded two wins in their last three matches, but they are not out of the woods, as the Sandton-based Mpumalanga club remains in a spot of bother in 14th place on the DStv Premiership log on eight points.

Not since the World Cup tournament was awarded to SA 17 years ago has the nation been as invested in the outcome of a Fifa meeting as they will be ...
Sport
1 week ago

“I’m happy for the team and our supporters, but I was not happy about the game, about our game,” said the German-Bosnian after his side retreated into their shell after taking an early lead.

“We started well, but after the goal we started to be afraid.”

Ramovic has a full week to prepare his team for their next match at home against Cape Town City on Sunday, looking for a win that will take them further away from relegation.

“We have a game against City, a tough team, but again, against every team you play with in this league, the league has great quality.

“Every team is not easy to play against. But we have to be at our best to have a chance to win against any opponent.”

The 42-year-old Stuttgart-born coach said he was happy with his team’s organisation and fighting spirit against Swallows, and wants them to repeat it against City.

“It was a great lesson for the team and this is the minimum of what we have to do as a team, fighting and defending our goal.

“We have the ability, we create the chances and we will score, but we just have to play better.

“We have to take our chances when we go on the attack. Again, it is a process, but we are on a good path and I am just happy that we won.”

Orlando Pirates’ co-coach Mandla Ncikazi came up with an extraordinary description of his side's struggles in the DStv Premiership this season after ...
Sport
1 week ago

“The last four games we played well ... So I am happy with the defending and the fighting, a team that fights for each other.

“We will talk about the things we need to improve on and we have to also let the guys know that we have to play the ball.

“We have to keep the ball. If we just kick long because we are afraid to lose or concede a goal, this is no way man, because then with long balls you do not have a chance.

“We have to stick to our ball possession philosophy, but it needs time, I know. I like it, the guys are sticking together as a team and they really fight for each other.

“I am happy about the club, the supporters and, in the end, about myself of course. I start to believe that we, as a team, can now improve.”

Kaizer Chiefs shrugged off the inconvenience of a power failure at the Harry Gwala Stadium to beat home side Maritzburg United in a league match that ...
Sport
1 week ago