‘My target for the first five games is all 15 points on offer’: new Baroka coach Thobejane 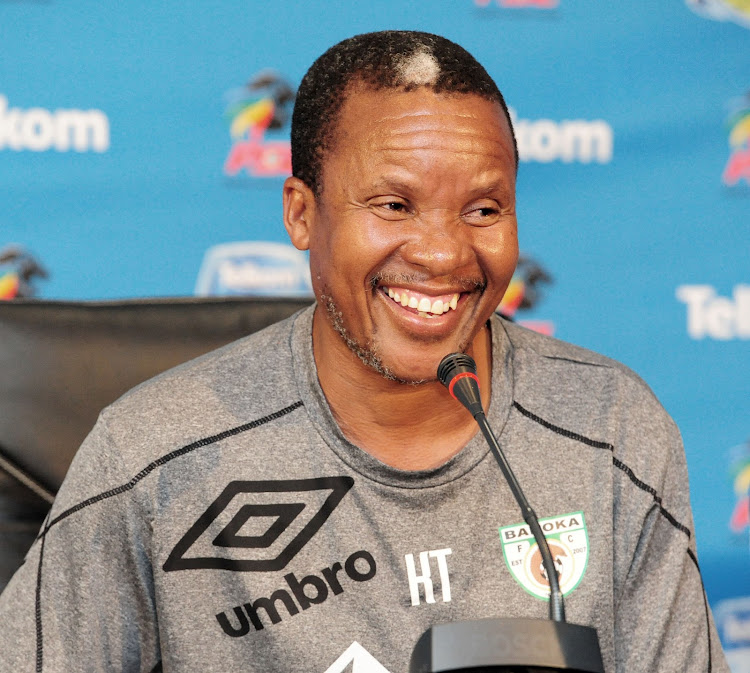 Kgoloko Thobejane has got down to business at Baroka since he returned to coach the club at the weekend.
Image: Aubrey Kgakatsi /BackpagePix

Never one to mince his words, Baroka coach Kgoloko Thobejane is targeting a full complement of 15 points from the next five league games, and is promising the team will finish in the top eight.

The charismatic Thobejane, who coined the widely used catch-phrase “football will kill you a real death”, returned to the Baroka first team at the weekend to replace Matsimela Thoka after a string of poor results.

The much-loved Thobejane, who has been head of youth development at the Lebowakgomo-based club since May, has already conducted two training sessions in preparation for the visit to Golden Arrows on Sunday.

Thobejane takes over from Thoka, who has been demoted to the MDC team, after six matches without win where they lost four and drew two to drop to fourth from the bottom after 10 starts.

“It feels good to be back in the PSL,” he said.

“I started working with the players on Sunday. We are down to business. My target for the first five games is all 15 points on offer because we have to move out of the position we are in the moment.

“We have to push harder so at the end of the season we put this team in the top eight, and I believe that is very possible.”

Thobejane is hopeful of a turnaround because there are still 60 points to play for in their remaining 20 matches.

“We have only played 10 matches so far in the season and we have 20 to come. If everybody comes to the party and works hard, I am confident we can achieve the mission of putting the team in the top eight. It is not going to be easy but it is possible to achieve.”

Thobejane, who last coached in the PSL in 2018, is happy to be back in the big time.

“I am happy to be back doing what I love but there is no time to dwell on that because we have to get down to business. There is a lot of work in front of us and it is time for everyone to roll up their sleeves and push.

“If we all work hard towards the common goal, we will get out of the position it finds itself in at the moment. I started working with the boys immediately on Sunday.

“We want to make sure we prepare properly so we go to Golden Arrows and come back home with something from that match.”

Having been around the club over the past few months, Thobejane said he will be an easy fit.

“I know the players because we used to play friendly matches with them while I was with the MDC team and they know me. This will make things easy because we know each other and some of them I have worked with before.

“I want to thank our chairman Khurishi Mphahlele for giving me this opportunity to contribute to this club and we are all determined to do our best.”