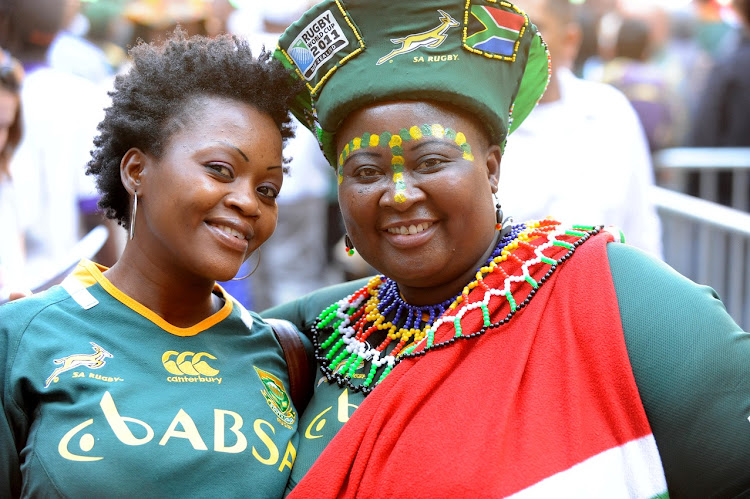 Joy “Mama Joy” Chauke is all her characteristic belly laugh and high spirits as she grins and bears the backlash she has had from Orlando Pirates supporters over her sudden and dramatic shock “signing” as a new fan of Royal AM.

Players are signed between clubs, and in SA there has even been a first of a loan deal of a coach — also involving Pirates, when Rulani Mokwena went to work at Chippa United — but famous No 1 supporters jumping ship is almost unheard of.

Chauke, though, is adamant there was no transfer fee to join the ranks of the “Majestic”, though she told TimesLIVE that if Royal’s flamboyant businesswoman owner Shauwn Mkhize chips in for transport fees from Johannesburg to home games in Durban, she won’t say no.

Chauke, 47, announced on Thursday she was leaving Pirates to become a supporter of the storied Premier League rookies Royal, who bought the franchise of Bloemfontein Celtic in August after having no joy — pun intended — trying to be promoted in a court battle.

She said she has taken “insults” from angry Bucs supporters on social media, where discussions about  her switch have raged, on her chin and with a grin. Chauke said while she has been walking in shopping centres she’s had a more friendly reaction.

“Everybody is talking about Mama Joy. They will talk and they will be quiet, but oksalayo [the fact is] I am a Royal AM supporter,” Chauke said.

“They can talk, they can do what they want because when I took my decision they were not there. But if it's a change it's a change. There's nothing you can do.

“It's friendly. I'm a friendly person and I talk to everybody. It's also football banter.”

Chauke is adamant there has been no financial remuneration from Royal to induce her to switch teams.

“There was no transfer fee. I have seen on social media they are saying MaMkhize asked her son Andile [Mpisane], 'Andile what do you want for Black Friday?’ And he said, ‘Buy Mama Joy'.

“But MaMkhize didn't buy Mama Joy. She didn't come to me. I went to MaMkhize.”

She said of the logistics of travelling to Durban for matches: “I am used to doing that for Pirates for away matches with my own money, my children's money, so I will do the same.

“My children understand because they know I love football.”

MamKhize : My boi what do you want this Black Friday?

Chauke said she hopes everyone will ultimately respect her decision.

“Those who know me understand and support my decision. Even some fellow Pirates No 1 fans. That's what I need because that's my decision to take and I have decided.”

Chauke said she felt inspired by a woman, Mkhize, taking her club to the top flight despite her struggles in court after Royal were deposed from the 2020-21 GladAfrica Championship title by an arbitration decision.

“My heart was beating and broken to see a woman suffering like that. For her to then buy Celtic to be in the PSL shows she's a fighter and a go-getter.

“So I said as Mama Joy I want to be associated with a woman like that.”

You have already hit the ground running because you were born for this wena Mama Joy pic.twitter.com/h3lYQCnAmA

Chauke grew up in a “Kaizer Chiefs house”, where her entire family supported Amakhosi, so as a child had no option but to be a Chiefs fan. She said it demonstrated her love for Pirates that as a teenager she took the decision to switch to backing the Buccaneers.

Now, for better or worse, she has taken a similar brave plunge, leaving the club whose famous slogan is “Once a Pirate, always a Pirate”.

Chauke leaves for Qatar on Saturday to represent Southern Africa, as a guest of Fifa, at the inaugural Fifa Arab Cup, a precursor to the 2022 World Cup in that country.

“But I will be going there as a 'Majestic', as a Royal, not as a Pirate,” she said, accompanied by the inevitable guffaw.

South Africa's biggest Pirates fan, Mama Joy Chauke, has congratulated Caster Semenya, who gave the world a sterling performance as she broke the ...
TshisaLIVE
5 years ago

Famous Kaizer Chiefs supporter Saddam Maake was one of those to receive their Convid-19 vaccination jab at pop-up tents set up at FNB Stadium on ...
Sport
4 months ago