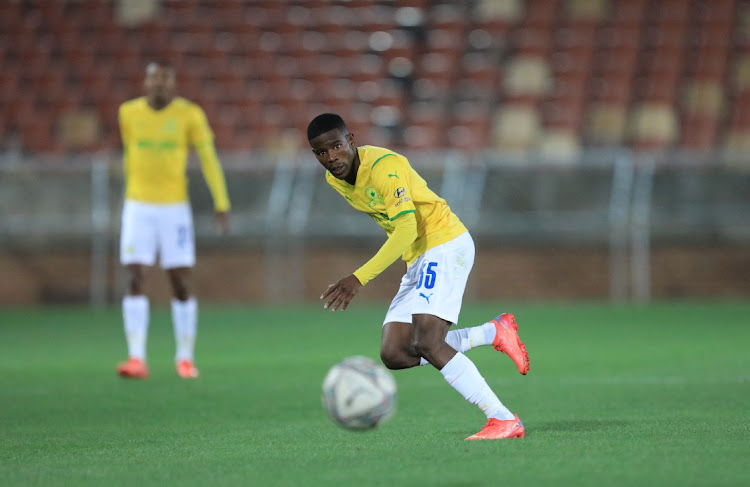 Neo Maema is quickly establishing himself as an important player for Mamelodi Sundowns, and co-coach Rulani Mokwena has challenged the exciting attacking midfielder to maintain consistency as the premiership season gains momentum.

The Brazilians are the early pacesetters in the DStv Premiership, but have set their sights on conquering other domains as they still have the Caf Champions League and the Nedbank Cup titles to play for in what is going to be another long campaign for them.

Maema, Denis Onyango, Mosa Lebusa, Rushine de Reuck, Themba Zwane, Thabiso Kutumela and Peter Shalulile are going to be important for the Brazilians as they look to add more silverware to the MTN8 title they won earlier this season.

In their last outing when they were held to a 2-2 draw by SuperSport United on Wednesday, Maema produced a sparkling performance as he delivered the opening goal  and created the second for Shalulile.

“The challenge for him is to find the consistency and be able to continue contributing towards the goals through assists and goals scored, but so far so good,” said Mokwena, adding that the player is adapting very well since he joined from Bloemfontein Celtic during the off-season.

“He comes with the dynamism and ability to use the left foot very well ,and he’s got a lot of confidence to strike the ball from range, which is a good thing.

“He is learning a lot of new things and it was good to see the ball he played for the assist of Peter Shalulile with that clever dink over the top, which is something we have been working hard on at training.”

Maema is surrounded by a lot of vastly experienced players at Chloorkop who have achieved unparalleled success over the past few years, and Mokwena wants him to absorb as much information as he possibly can.

“The mentorship he receives from people like Themba Zwane and Sibusiso Vilakazi is very good, but it is also the responsibility of the entire changing room to help and guide him.

“He is young, he is energetic, he is very dynamic, he works very hard on the pitch. He is a very exciting player who is giving his heart to Sundowns and I am sure supporters are very happy with his performances.”

The Brazilians return to action against rookies Sekhukhune United at the Tuks Stadium on Saturday, and he will be looking to add to the two goals and four assists he has managed after 11 matches in all competitions.