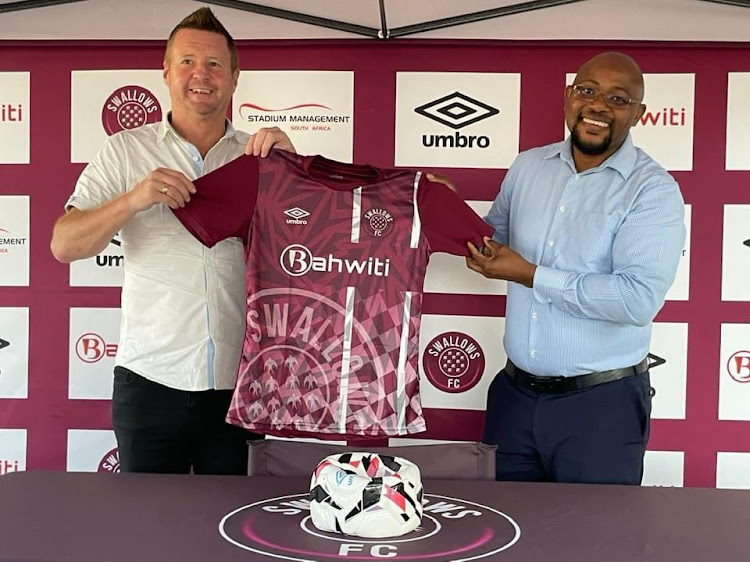 Dylan Kerr has been unveiled as the new coach of Swallows FC.

The well-travelled Kerr joins bottom of the log Swallows who have been without a coach since the sacking of Brandon Truter and his assistant Simo Dladla after the 3-1 Soweto derby defeat to Kaizer Chiefs.

It was strange that club officials decided to post pictures of Kerr receiving a club jersey from chairman David Mogashoa but by late afternoon there was no official statement confirming the move.

Swallows, who are languishing at the foot of the DStv Premiership table, return to action on Saturday looking to snap a three-match losing streak when they host Maritzburg United.

Swallows chairman David Mogashoa has confirmed that the club will announce its new coach later on Tuesday - but it will definitely not be Gavin Hunt.
Sport
1 month ago

Former Bafana Bafana coach Gordon Igesund says he would be interested in a dramatic return to coaching in the top flight with Swallows FC should the ...
Sport
1 month ago