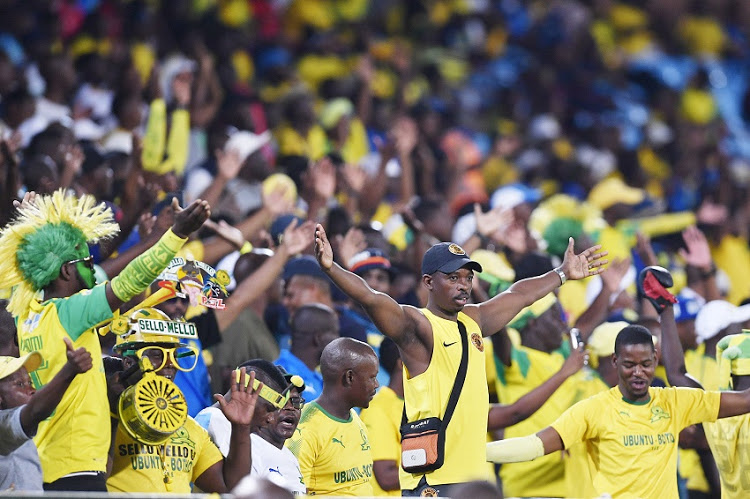 Prominent football fan Thulani Ngcobo hopes the return of PSL football to the evening prime time slot will pave the way for the return of fans to stadiums.
Image: Lefty Shivambu/Gallo Images

In what looks like a move to pave the way for some sort of normality by the Premier Soccer League (PSL), late kickoffs are returning to TV programming from Thursday night.

When football returned under Covid-19 last season, the latest PSL matches could start was 5.30pm because of the lockdown curfews, but the DStv Premiership match between Orlando Pirates and Baroka on Thursday will start at 7.30pm.

On Saturday night, PSL football will return to the evening prime time slot of 8.15pm, when Stellenbosch host Mamelodi Sundowns at the Danie Craven Stadium.

Earlier on Saturday, Kaizer Chiefs host Cape Town City at 6pm at FNB Stadium where Amakhosi will be looking to close the gap on early pacesetters Sundowns.

Prominent Kaizer Chiefs and Bafana Bafana supporter Thulani Ngcobo said he welcomes the return of football to its original programming and hopes the move will to pave the way for the return of fans to stadiums.

“I am happy that we are gradually going back to the usual time slots. To me it seems like within two months or so we might even see fans allowed back in stadiums,” said Ngcobo.

“I am hoping that for the first games in February we might go back in the stadiums. If you can check the way things are right now in the country regarding vaccinations and observing of protocols, it is only football supporters who are not allowed to gather at the stadiums.

“When it comes to political rallies and parties, people are gathering in large numbers, but football supporters are still not allowed to gather in stadiums where we can observe the protocols,” added Ngcobo.

Another prominent supporter Joy “Mama Joy” Chauke, who made headlines recently by ditching Orlando Pirates to join newcomers Royal AM, welcomed the move while also calling for spectators to return to stadiums.

“It is a good move but supporters want to return to the stadiums. They can’t be saying matches are moving back to their original time slots but they are not opening for us.

“I am hoping that by January or February we will be allowed to go back to the stadiums because that is the most important thing for the fans out there.It has been so long. Covid-19 is still going to be with us for a long time to come, I think the best way to go about it is to allow vaccinated fans into stadiums,” she said.