Stadium manager on Arrows vs Kaizer Chiefs: 'As far as we know the game is happening' 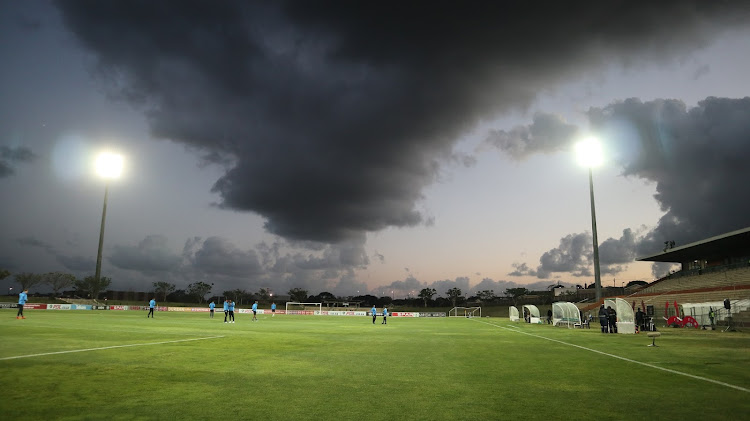 A general view of Princess Magogo Stadium during the Premiership match between AmaZulu and Cape Town City on October 1 2019.
Image: Anesh Debiky/Gallo Images

The stadium manager of Princess Magogo Stadium in Durban, Vusi Mazibuko, says he has not had any communication of the DStv Premiership match between Lamontville Golden Arrows and Kaizer Chiefs not continuing on Wednesday night.

Mazibuko — who manages Durban’s major stadiums for the eThekwini Municipality, including the Princess Magogo, Moses Mabhida and King Zwelithini football venues — said if any communication is made to him that the match has been postponed it will come from tenant club Arrows.

Chiefs last week unsuccessfully applied to postpone all four of their Premiership matches in December due to an outbreak of 31 Covid-19 cases at their headquarters in Naturena.

Amakhosi then failed to honour their fixture against Cape Town City on Saturday, where the Cape team and match officials were left locked out of FNB Stadium.

“As far as we know the game is happening — we haven’t heard anything to the contrary,” Mazibuko told TimesLIVE on Tuesday morning.

Mazibuko was asked if that meant the security, medical and other personnel were all ready to fulfil their commitment to hosting Wednesday’s 7.30pm kickoff match at Princess Magogo.

“Yes. We are preparing for the match. We haven’t heard anything to the contrary,” he said.

“And anything to the contrary would be communicated to us by the team that we have a contract with. It’s Arrows’ [home] match and only Arrows will tell us otherwise.”

TimesLIVE understands that a PSL executive committee meeting will take place on Wednesday morning to review the ongoing Chiefs matter.

As yet, the PSL has put out no official statement on whether the Chiefs-City match was officially postponed or not.

Only City chairperson John Comitis has said that by his understanding, after an executive committee meeting on Friday, the game was not postponed and this had been communicated in writing to Chiefs.

Comitis said City would honour the game because they had no communication of a postponement from the PSL.

Kaizer Chiefs are tight-lipped on whether they will honour their next DStv Premiership fixture against Golden Arrows at the Princess Magogo Stadium ...
Sport
1 month ago

Cape Town City were left locked outside the gates of FNB Stadium in a storm-soaked Johannesburg on Saturday evening having pitched up to honour their ...
Sport
1 month ago

Kaizer Chiefs have asked the Premier Soccer League to postpone their four matches in December due to an outbreak of Covid-19 cases among players and ...
Sport
1 month ago

POLL | Should all PSL fixtures be postponed amid the Covid-19 outbreak?

Should the whole league program be halted because of the increase in infections?
Sport
1 month ago