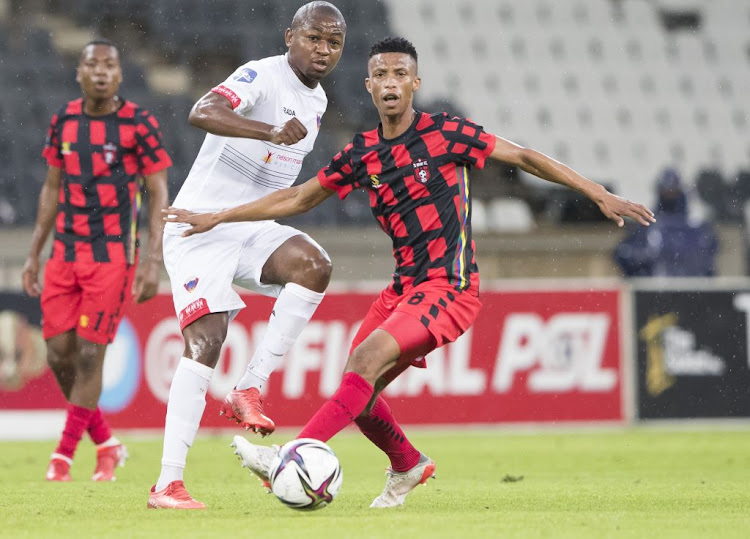 TS Galaxy eased their relegation pressure when they beat Chippa United 3-1 in a DStv Premiership match played at the Mbombela Stadium in Mbombela, Mpumalanga, on Wednesday evening.

The come-from-behind win moved Galaxy from 13th to 10th on the log and it came as a huge morale-booster ahead of their tough away fixture against Orlando Pirates at the weekend.

For Chippa the defeat compounds their survival problems as it leaves them rooted on 14th spot, just one point better than Swallows FC at the bottom of the 16-team table.

The game looked set to produce goals when the visitors, Chippa, took a sixth-minute lead via Cameroonian striker Eva Nga. But after Galaxy found the equaliser through Mthobisi Mngomezulu in the 17th minute, there seemed to be no side willing to take the full spoils until Galaxy struck late.

Given how they’ve battled for form, there was little expectation that either side would  produce fireworks as they had won only four matches in their combined 27 matches this season, with each side winning two before kickoff.

Chippa will hope to do better when they host AmaZulu in the Eastern Cape on Saturday, while  Galaxy will go to Johannesburg full of confidence after their hard-fought victory at home.