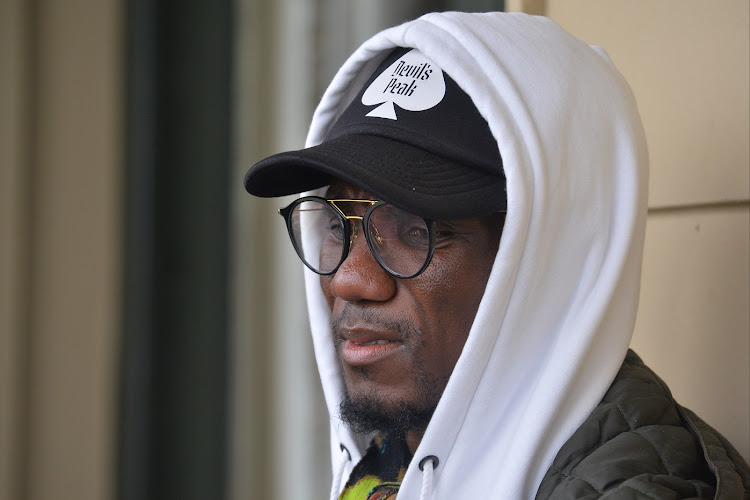 Ex-Bafana Bafana star Teko Modise has spoken about a period of his youth when he had to live as a “street kid”.

Modise related on MacGyver “MacG” Mukwevho's Podcast & Chill with MacG how he was kicked out of his house at eight years old when he lived with his father, who he said used to regularly give him beatings as a child.

The ex-SuperSport United, Orlando Pirates and Mamelodi Sundowns midfielder, who twice won the Premier Soccer League's Footballer of the Year award and starred for Bafana at the 2010 World Cup in SA, related the painful story of how he had to “eat from bins”.

Modise said his father, Steve Sekgaila, played football, but did not want his child to play.

“My dad never told me he was a footballer — I was told that by neighbours,” Modise, born in Meadowlands, Soweto, and later raised in Diepkloof by his mother, said.

“He's the guy who took me to my first game at FNB Stadium. But he never wanted me to play the game. He kicked me out.

“I think he was mad at the game — I think something happened. So he was always pushing me to go to school.

“So whenever there were guys coming to try to lure me to go and play for them he didn't like it — I'd get a beating. So you know when as a kid somebody tells you not to do a thing you actually go out and do it.

“I was told not to play this game and I wanted to find out what was it about this game that he didn't want me to play.

“So we never actually had a relationship after that because once he kicked me out at eight, and then I became a street kid for a few months. The first time I ate Chicken Licken was from a dustbin.

“Because when I was young I stayed with my dad for a long time, so I never knew anything about my mom's side, because he was that guy who would cage me into not knowing anything about anybody else. So when he kicked me out I didn't know who to go to.

Modise was asked why he thought his father kept him from his mother.

“Look, I had an opportunity last year or the year before seeing my dad for the first time since I was eight. I tried to ask him and he was still not telling the truth,” he said.

“Because my dad was dodgy — he would come back late at night bleeding. And nobody would ask him because he was that type of dude who was very quiet, and everybody was scared of him, and I was scared of him too.”

Modise said as a street kid he stayed in a hole.

“In the hood there is always going to be that kid who always f***s up. And I went to him, and was like, 'I'm in this situation'. And he said, 'Don’t worry I'll help you out'.

“We found a place where I could hide my bags and clothes, and he's the one who taught me the skills of how to survive and find food.

Watch the Podcast & Chill with MacG with Teko Modise here. Has an 18 age restriction due to strong language.

“We would go to Florida Park, where families will go out and picnic, and we would go through those bins to find food.

“And I would come back and change into many clothes, so people wouldn't know. So when people saw me they thought I was still staying with my dad.

“I was sleeping in the veld somewhere. There was a big hole, we had to go under it and we would cover it in plastic so nobody would see, so when we left we'd make sure our clothes were safe. We'd do that every day.”

Modise said the longest he went without food was three days. He said even after his mother rescued him, she “dumped” him at a house with his sister and brother, where “there was no love, no encouragement, no anything”.

“My escape and therapy at the time was football,” he said.

He said his painful upbringing made him cagey around people, which led to the common perception he was arrogant.

Modise said he has made efforts to reconcile with his mother and father as an adult.

Modise, 38, wound down his career at Cape Town City and is now a TV analyst for SuperSport.

Team Soccer is the third team of local sports champions to compete in the Battle of the Sports, a Covid-19 fundraiser
Sport
1 year ago

Making the country happy scoring “that” 2010 Fifa World Cup opening goal will be his legacy‚ Siphiwe Tshabalala has said as the 10-year anniversary ...
Sport
2 years ago

'Forgiveness is important': Teko Modise makes peace with his father

Teko Modise finally forgives his dad and it's so heartwarming to watch.
TshisaLIVE
3 years ago

Teko Modise is moving into the back office at Cape Town City for an as yet-unspecified role that will try to take advantage of his reputation‚ brand ...
Sport
3 years ago