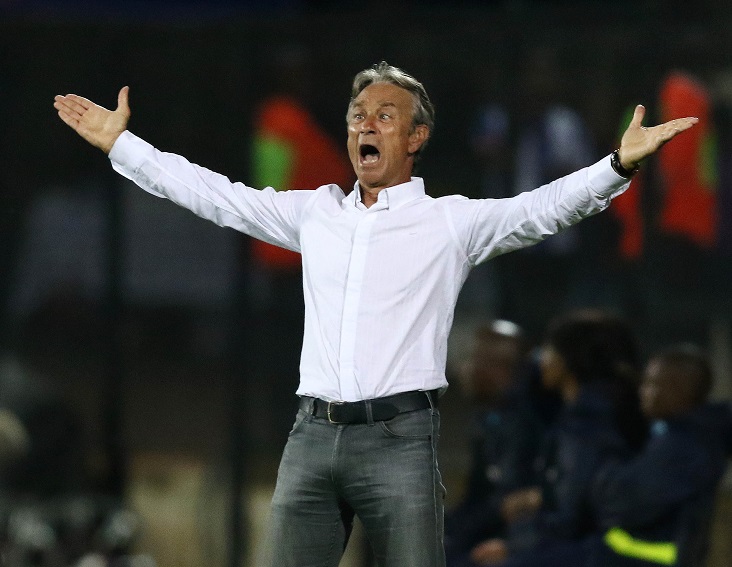 Former Kaizer Chiefs and Orlando Pirates coach Muhsin Ertugral says Mamelodi Sundowns are the biggest club in the country at the moment as their success is unrivalled in SA.

The Brazilians have completely dominated the domestic scene with six league titles over the past eight seasons and are on course for the fifth championship in succession.

In the other two seasons where they did not lift the league trophy, Sundowns finished second spot and also won the Caf Champions League and the Caf Super Cup during this period.

In a wide ranging interview, the outspoken Ertugral said Sundowns have not only made a mark on the continent but they are spoken about in glowing terms internationally.

“Sundowns is the big club now, sorry but it’s like that,” he said.

“When you go all over internationally, football people talk about Sundowns and you don’t hear anything Kaizer Chiefs. This is history and you need to accept it but at the same time try to get back to satisfying the millions of people who are behind you as quick as possible,” he said while also admitting his comments are likely to elicit debate among football fans.

“I know I am putting my finger a little bit in the wounds of people and this will probably be a big talk again. But, football is played on the pitch and I don’t want to listen to the story of money.

“If you talk about the story of money, then Paris Saint-Germain (PSG) should win everything with all those players they have like Lionel Messi, Neymar, Kylian Mbappé and the other glamour players. You don’t win games with glamour but you win games with fight and hard work.”

Ertugral said Sundowns’ success is due to the leadership of club president Patrice Motsepe, who has backed his coaches and the management.

“They brought a great in coach in Pitso Mosimane after many years of not doing well and I remember we beat Sundowns with Black Aces and people were running to Pitso on the stands and putting pressure.

“We beat them 1-0 in Nelspruit with 10 players after we got a red card and the supporters went mad wanting Pitso to be fired, but the president stood by him because he knew what his coach was doing.

“Go to the English Premier League and look at Manchester City, Liverpool, Manchester United, Tottenham Hotspur, I don’t know how many teams I have forgotten, and only one can win the league.

“But other teams need to be competitive at least. Why is Sundowns so good? They have coaches now and anyone is good in his own way and I must say they will run for years.

“When you watch Sundowns it is like you are watching a European team. They are well organised and play beautiful football. There is the organisation and discipline of the players. There is no standing on the ball and making nonsense.

“There is organised football on how to get into the last third and how to block the opponents. You must also remember  it is very difficult to work with players who have arrived, I mean big players.”