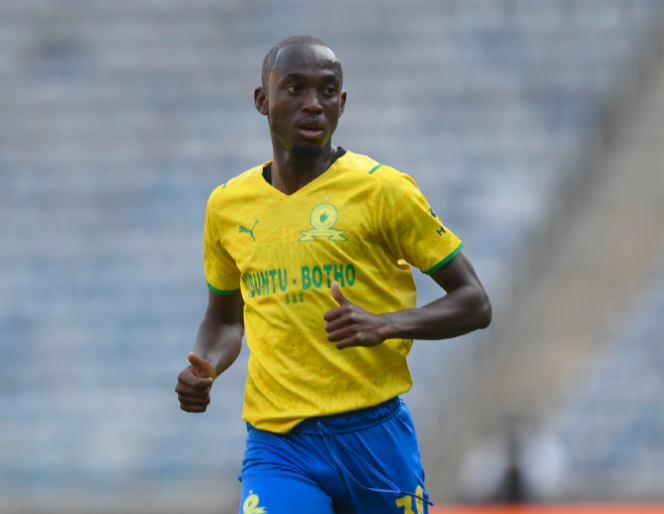 Orlando Pirates would have hoped a knock to the head for Mamelodi Sundowns’ Peter Shalulile this week ruled him out of the DStv Premiership clash between the two clubs, but the Namibian international is expected to line-up at Loftus Versfeld on Friday.

Shalulile suffered concussion and a cut in his mouth in a clash for the ball with Baroka FC fullback Sbonelo Ngubane in the 2-1 win for the champions at home in Pretoria on Tuesday.

A concussion would have presented the possibility the ace striker might have to sit out for 14 days to follow return-to-play protocols, but he was back training on Thursday after being given a medical all-clear, club officials told TimesLIVE.

That will come as a significant relief to co-coaches Manqoba Mngqithi and Rulani Mokwena, who faced having to come up with a much-changed attacking plan without Shalulile, Kermit Erasmus and Thabiso Kutumela.

Erasmus misses out against his former team as he starts an automatic two-match ban after being sent off on Tuesday while Kutumela, who also previously played for the Buccaneers, is also out with injury.

Shalulile, who has started all of Sundowns’ 22 competitive games this season and scored 15 goals in all competitions, is likely to be partnered by Pavol Safranko if Sundowns choose to kick off with two strikers.

But there could also be an additional midfield selection for Neo Maema or Sphelele Mkhulise, who have both turned in impressive performances in recent weeks.

However, there is a cloud over Gaston Sirino, who came on as a substitute last weekend when Downs beat neighbours SuperSport United in the derby at Atteridgeville but was then conspicuous by his absence for the Baroka match.

Afterwards, Mokwena told reporters he did not want to discuss, never mind explain, Sirino’s absence, adding further fire to speculation over another fallout with the wantaway Uruguayan midfielder.

Sundowns march on with win against struggling Baroka

Mamelodi Sundowns have gone 24 matches unbeaten and stretched their lead at the top of the DStv Premiership to 15 points after they beat Baroka 2-1 ...
Sport
6 months ago