Swallows travel to Cape hoping to build on performance against Pirates 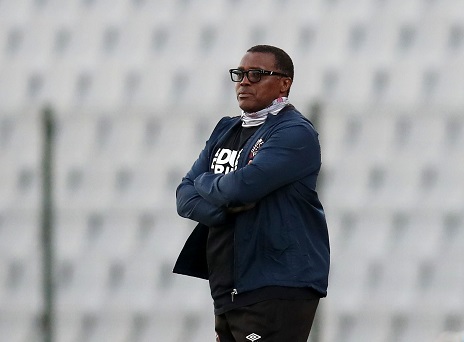 DStv Premiership battlers Swallows FC will aim to build on a promising performance in midweek against Orlando Pirates when they meet Cape Town City at Cape Town Stadium on Saturday night.

Life for the Birds post ex-coach Brandon Truter has shown signs of an upturn even if points remain hard to come by.

In the four matches since Dylan Kerr's appointment Swallows have won once, drawn twice and lost once, even though the new coach's place on the bench has been delayed by waiting for a work permit.

A progression from last place to 13th appears a tentative sign of progress at the Soweto club. They would have been buoyed further by their 1-1 midweek draw against Orlando Pirates where a committed all-round performance promised much, even if missed chances cost the Birds three points.

There was an intensity to Swallows at Dobsonville Stadium that would have pleased the squad and technical team, as that is an aspect that assistant coach Fani Madida, calling the shots from the bench in Kerr's absence, has said the team have been seeking.

“It will be a tough one. They like to play and they are good in playing — very technically gifted players,” Madida said of a clash against Eric Tinkler's well-drilled City that Swallows will be aware should be tougher than the Cape side's 10th place might indicate.

“We need to up our game because we are playing away and they know the conditions better than us. But we will definitely adjust, like we were able to adjust against Baroka away [in Swallows’ 1-0 win last week].

“We need to go there and work hard, like we have in recent games. The team spirit is there, the togetherness in the team is there, and the intensity. That's what we like — we want to play with intensity all the way and create scoring chances.

“And this time round we hope that we will finish most of the chances we create. Because against Pirates we created quite a few, others were cleared off the line.

“We hope for better luck on Saturday. We have to work for it, and we will. To our supporters we promise the same standard of performance that we produced against Pirates.”

City have battled to convert draws into wins in their last five league games, four of which ended in stalemates, and one in victory.

Swallows FC and Orlando Pirates toughed out 1-1 DStv Premiership draw that was in character of the often hard-fought original Soweto derby at ...
Sport
8 months ago

Orlando Pirates coach Mandla Ncikazi says his team are being subjected to "bad decisions week in, week out" from match officials.
Sport
7 months ago

Mamelodi Sundowns coach Rulani Mokwena says there is no chance his team will be complacent against Orlando Pirates.
Sport
7 months ago

Orlando Pirates would have hoped a knock to the head for Mamelodi Sundowns’ Peter Shalulile this week ruled him out of the DStv Premiership clash ...
Sport
7 months ago