Ndah injury unsettled Pirates in hammering by Sundowns, but 'that's no excuse' 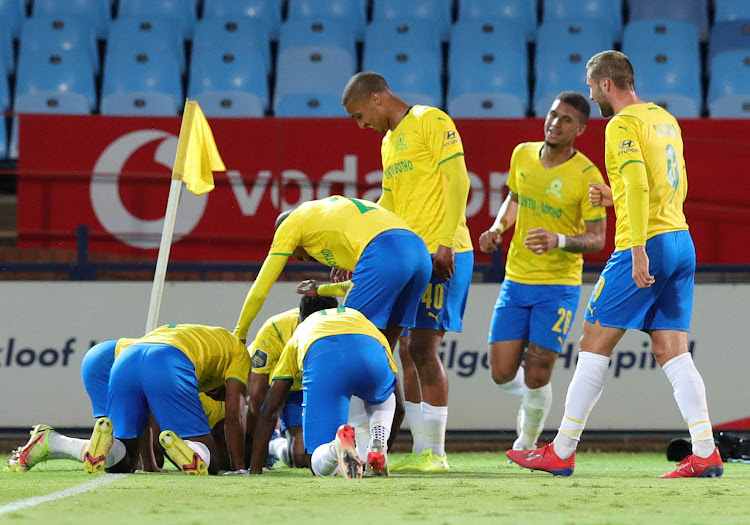 Orlando Pirates co-coach Fadlu Davids said the injury to centreback Olisa Ndah coming back for the second half with the scores at 0-0 was disruptive to his team, but that should be no excuse for the carnage that followed from rampant Mamelodi Sundowns on Friday night.

Davids was surprised Pirates allowed in three goals from set pieces, where he said Bucs had not conceded all season, as the Soweto giants took a 4-1 DStv Premiership hammering from Downs at Loftus Versfeld.

The result saw the Brazilians extend their lead to 18 points in their relentless pursuit of an unprecedented five straight Premiership titles.

Ndah started limping around the half-hour mark and did not return from the break. Davids said Pirates’ technical team only confirmed the dynamic Nigerian defender could not continue moments after the halftime team talk.

“I think we had a really good first half, tactically dominating in all areas, our high press unsettling them and unfortunate not to go a goal up by the break,” Davids said.

“Yes, the Ndah knee injury and learning he could not continue just moments after the halftime team talk unsettled us.

“We've been really good with set pieces this season, not conceding a single goal [from them], so it was really disappointing to concede from three.

“You don't want to make excuses, but losing Ndah at halftime in the last second of our team talk was a setback.

Bafana Ba Style came out in the second half firing on all cylinders on their way to victory! 🔥#Sundowns #DStvPrem pic.twitter.com/wG5v1yTzXN

“But that's not an excuse. We are really good at defending our set pieces, and that is what changed the game, conceding from those two set pieces early in the second half.

“That is the mentality we have to work on. That is the takeout from this game, where you are having such a good first half, and then concede two goals from set pieces.

"[Then you should] keep your head up, keep strong and don't drop your heads and fold.”

After an evenly-matched opening half, Downs stormed to a 4-0 lead in the second (Themba Zwane 51st minute, Pavol Šafranko 61st and 72nd, Peter Shalulile 76th) before Fortune Makaringe pulled one back for Bucs in the 92nd.

Mamelodi Sundowns have been built into their awe-inspiring current incarnation through continuity for the better part of a decade, said Orlando ...
Sport
6 months ago

Orlando Pirates would have hoped a knock to the head for Mamelodi Sundowns’ Peter Shalulile this week ruled him out of the DStv Premiership clash ...
Sport
6 months ago