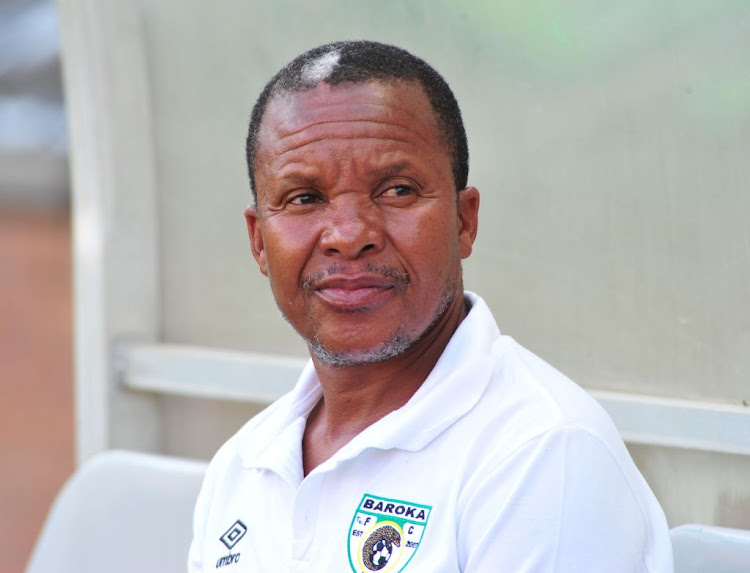 Six of the 16 top-flight clubs have made coaching changes already this season and it can be expected that there will be more casualties before May’s end of the DStv Premiership campaign.

There have been changes at Baroka FC, Chippa United, Marumo Gallants, Orlando Pirates, Swallows FC and TS Galaxy as clubs found the going tough in the first half of the campaign.

Josef Zinnbauer was the first casualty of the campaign after just one match in the MTN8 in August and the last to get the sack before Christmas was Brandon Truter at Swallows FC. Now the league is in recess and squads have a chance to regroup before the resumption of the campaign in February, when there will be several coaches feeling the heat if the results do not improve.

These are the coaches who are most likely to depart next, following in the footsteps of this season’s casualties Owen da Gama, Gavin Hunt, Sebastien Migne, Matsimela Thoka, Truter and Zinnbauer:

Kgoloko Thobejane (Baroka FC): Musical chairs is nothing new at Baroka and in late November, Thobejane was promoted from their Diski Challenge team to replace Thoka, who was demoted to work with the juniors. It came after a run of two victories in 10 games. Thobejane, however, proved no tonic and his first six games back in charge failed to deliver a win, extending to 12 matches their winless streak. A 1-0 win over Royal AM just before Xmas broke the spell but did not immediately suggest Thobejane won’t be toast too long after the resumption.

Kurt Lentjies (Chippa United): A stopgap appointment by Chippa after firing Gavin Hunt, ex-midfielder Lentjies has two wins, three draws and two defeats in his seven matches in charge. But while Chippa were unbeaten in their last four games of 2021, there is every chance that trigger happy boss Siviwe Mpengesi will make a change at the first sign of a slump.

Sead Ramovic (TS Galaxy): The German-born ex-goalkeeper was a surprise appointment by owner Tim Sukazi, given his lack of past coaching experience and negligible knowledge of SA football. He has had time to settle in but the side went into the break bottom of the table and as firm relegation candidates.

Ernst Middendorp (Maritzburg United): Admired for his work ethic but with a maverick approach and personality, Middendorp has failed to inspire in his many years in SA football. Maritzburg have struggled this season, admittedly after selling top talent, and a change might be the solution to their woes if they drop closer to the relegation places.

McDonald Makhubedu (Sekhukhune United): It was a dream first few months of the season for the top-flight newcomers but reality has begun to set in and they finished the year in eighth place, with just two points from their last four games of the year, and no goals scored. Impatient management, spoilt by the positive early season start, might start getting restless.

Dylan Kerr (Swallows FC): A lack of a work permit left Kerr shouting instructions from the sidelines but he is expected to be fully in place by the resumption next month. Kerr’s six matches in charge since Truter departed delivered a single victory and if that trend continues then he will be under enormous pressure.